Canadian consumer confidence hit record highs for a third straight week amid soaring sentiment around housing, despite a third wave ripping through the country and forcing new lockdowns.

Two-thirds of Canadians believe home values will continue rising, according to polling by Nanos Research Group for Bloomberg News. That’s the highest reading since Nanos began polling that question in 2008. 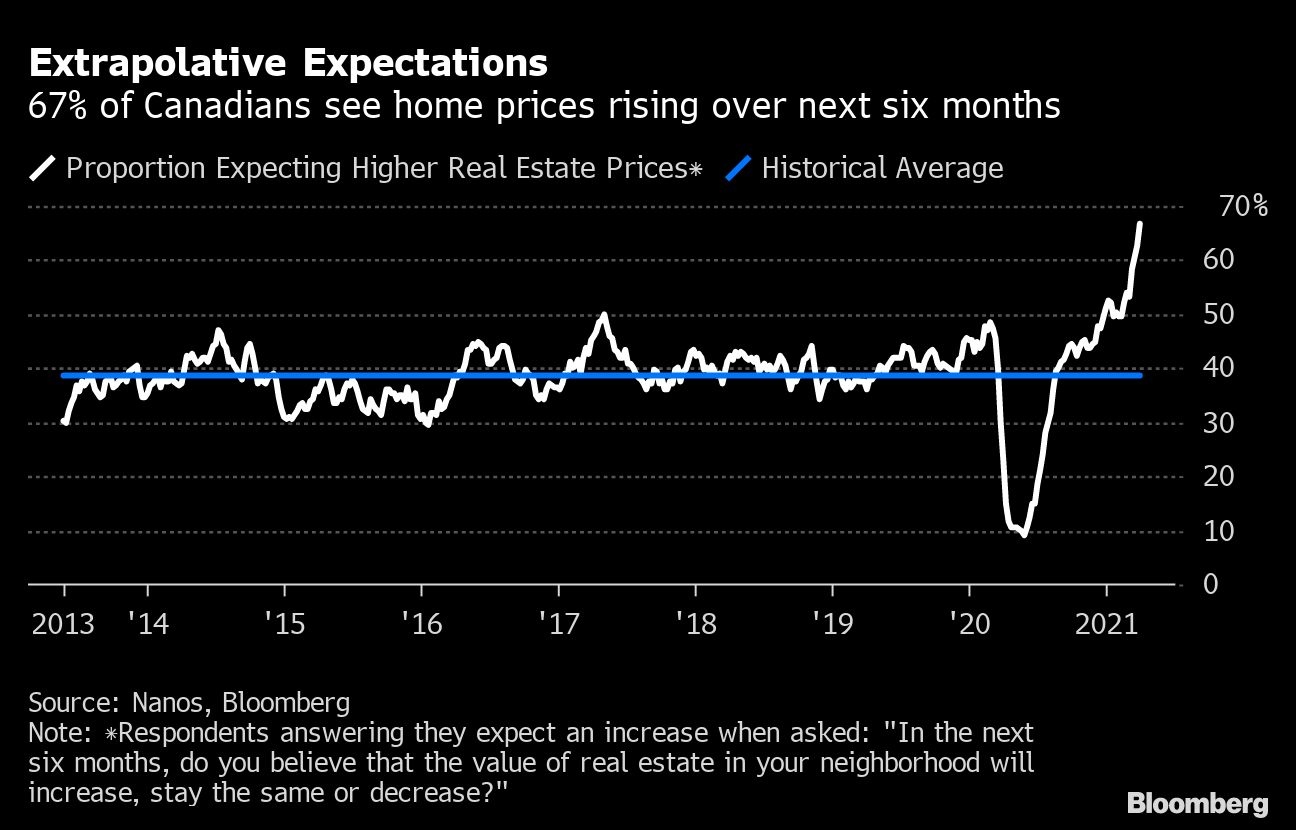 Every week, Nanos Research surveys 250 Canadians for their views on personal finances, job security and their outlook for both the economy and real estate prices. The Bloomberg Nanos Canadian Confidence Index, a broad measure of sentiment based on the polling, jumped to 64.1 last week, also a record. The index has increased almost eight points in the past seven weeks and was hovering at around 56 before the pandemic, which is also about its historical average.

Confidence levels remain high even amid new restrictions across the country in recent weeks to stem a new wave of COVID-19 cases. That’s in large part due to surging optimism over housing, with 67 per cent of respondents saying the value of real estate in their neighborhood will increase in the next six months. That gauge has averaged 38 per cent since 2008 and had never surpassed the 60 per cent threshold until last month.

Home prices across the country are being fueled by historically low interest rates that are driving buyers into the market. The boom has been so sudden that economists have begun warning policy makers to take steps to cool the market.

Views about the economic outlook are also elevated. About 41 per cent of Canadians expect the economy to be stronger in the next six months, which is near the highest share of respondents for this question since 2010.