“At some point we’re going to get to zero,” U.S. climate envoy John Kerry said about carbon-dioxide emissions last week. “Once we have the ability to, we need to be net negative.”

Expect to hear more about negative emissions in the coming years. The idea is that humans don’t just have to stop putting new greenhouse gases into the atmosphere, we need to actually start taking them out. But most environmentalists don’t agree on how to approach the task.

The concept is simple: global temperatures are rising because human activity releases heat-trapping gases. The world needs to stop adding to that accumulation. But getting emissions down to zero is near impossible. Some greenhouses gases, such as methane and nitrous oxide produced by agriculture, will continue.

One solution is to remove more carbon dioxide than we add. At first, this can help counter the warming effect of the remaining greenhouse gases. Once the solutions to remove CO₂ become cheap and reliable, we can draw down even more of the gas and start reversing the rise in temperature. 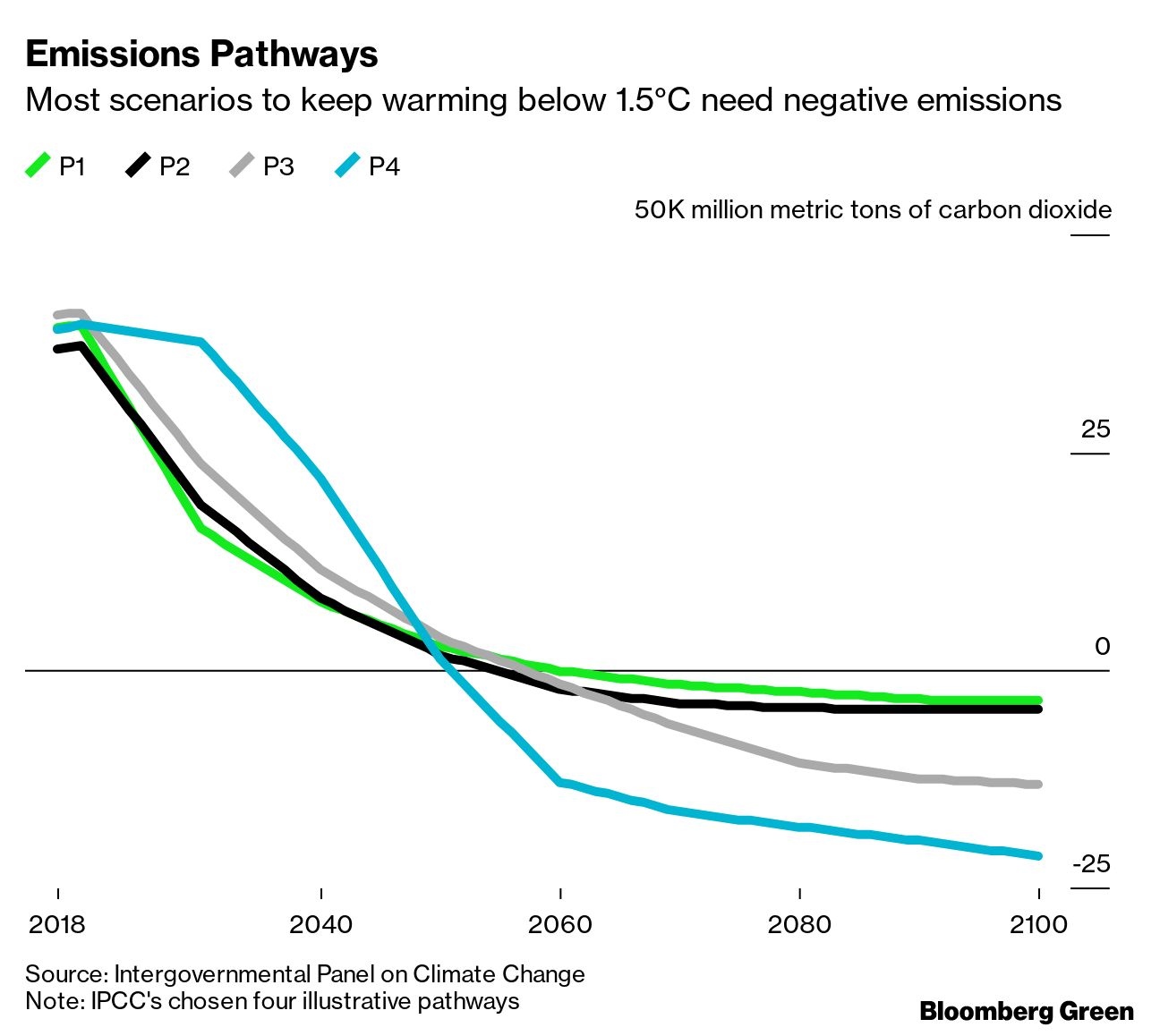 Kerry spoke about negative emissions in New Delhi, just after India’s energy minister Raj Kumar Singh commented that rich countries—which are responsible for the vast majority of historical emissions—should be doing more than just getting to zero.

It’s not just national leaders who are thinking about negative emissions. Companies and local governments are setting net-zero emissions goals in droves, and that means many are looking for ways to use carbon removal to help meet those targets.

There are a number of ways to do that, including planting trees. These majestic species capture CO₂ and store it away in their trunks or the soil. If done right, trees can also bring co-benefits: improving soil quality, retaining water, and increasing in plant and animal biodiversity.

But trees aren’t as simple a solution as they might seem. Many programs only plant one or two species of trees, which can do more harm than good. If countries and companies rely on them as the main carbon-removal solution, we will need a lot of land—one estimate suggests an area the size of China. Most of these programs are in industrializing economies, where the power imbalance with developed countries risks abuse.

Many programs selling forest-linked carbon offsets are bogus. When traded on voluntary carbon markets, the only kind available for offsets right now, it’s easy to game the system. Companies that buy these cheap offsets—typically priced at only a few dollars for each ton of CO₂—get credit for climate action without actually lowering emissions.

“Those who have moved early to ask which offset credits are real, are the people who learn the hardest that very few of them are real,” says Danny Cullenward, policy director at CarbonPlan and lecturer at Stanford University.

It’s easy to see why offsets are appealing to companies. When they appear to be cheaper than cutting emissions, many companies choose to buy offsets first, according to a recent analysis from the University of Oxford.

Some oil companies sell these offsets through programs at gas stations for a small extra fee, promising the driver that their ride is now carbon neutral. This kind of marketing could encourage people to drive more, says Oxford researcher Isabel Key. Companies should always prioritize cutting emissions first and turning to negative emissions only for activities that can’t be decarbonized through technology.

There are more legitimate negative emissions options. One is using crushed minerals that accelerate a natural process. Another is burning biomass in power plant, then burying the CO₂ produced. There are also giant air filters that trap carbon dioxide just like a tree does, injecting the gas deep underground.

These technologies are more expensive than tree planting programs, and still have to scale up to capture the millions or billions of tons of CO₂ needed to make a meaningful impact. Yet Cullenward warns against comparing technological solutions with trees. Tree offsets promise to store away carbon for no more than 100 years (and often far fewer). Geological storage puts away the greenhouse gas for millennia.

Scaling negative emissions, whether through trees or other routes, is going to be important to meet the goals set under the Paris Agreement. Climate solutions need time to remove the kinks that make them less effective or too expensive. But while the world develops carbon-dioxide removal techniques, it must prioritize cutting emissions first.