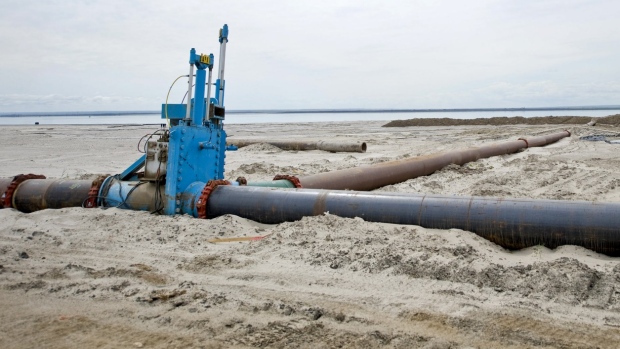 CALGARY - Imperial Oil Ltd. is reducing its spending for this year by $1 billion, including a $500-million cut to its capital spending plan as it deals with the COVID-19 pandemic and crash in oil prices.

The company says its capital budget for this year is now set at $1.1 billion to $1.2 billion, down from its original guidance for between $1.6 billion and $1.7 billion.

It is the latest company in the oil patch to slash its capital spending plan for this year as the price of oil has tanked due to the pandemic and a oil price war between Saudi Arabia and Russia.

The company says the impact of COVID-19 and the current business environment on demand is expected to hurt its upstream production and downstream refinery utilization as well as product sales.

Imperial says the steps it is taking are designed to preserve its strong balance sheet, while allowing it to maintain its dividend. However, the company says it is suspending share repurchases.