We're used to dealing with inflation, not deflation: RBC economist

Canadian inflation went negative for the first time since the 2009 recession after the coronavirus lockdown put the brakes on the world economy.

Consumer prices dropped 0.2 per cent in April from the same month a year earlier, Statistics Canada reported Wednesday from Ottawa. That’s down from a 0.9 per cent annual rate in March and 2.2 per cent in February.

The report adds inflation to the list of economic indicators showing an historic impact from the coronavirus pandemic. Collapsing gasoline prices have pulled inflation lower over the past two months, but weak demand should keep inflation at extremely low levels for an extended period, and could even spur worries about deflation. That will keep pressure off the Bank of Canada to ease up on accommodation efforts any time soon. 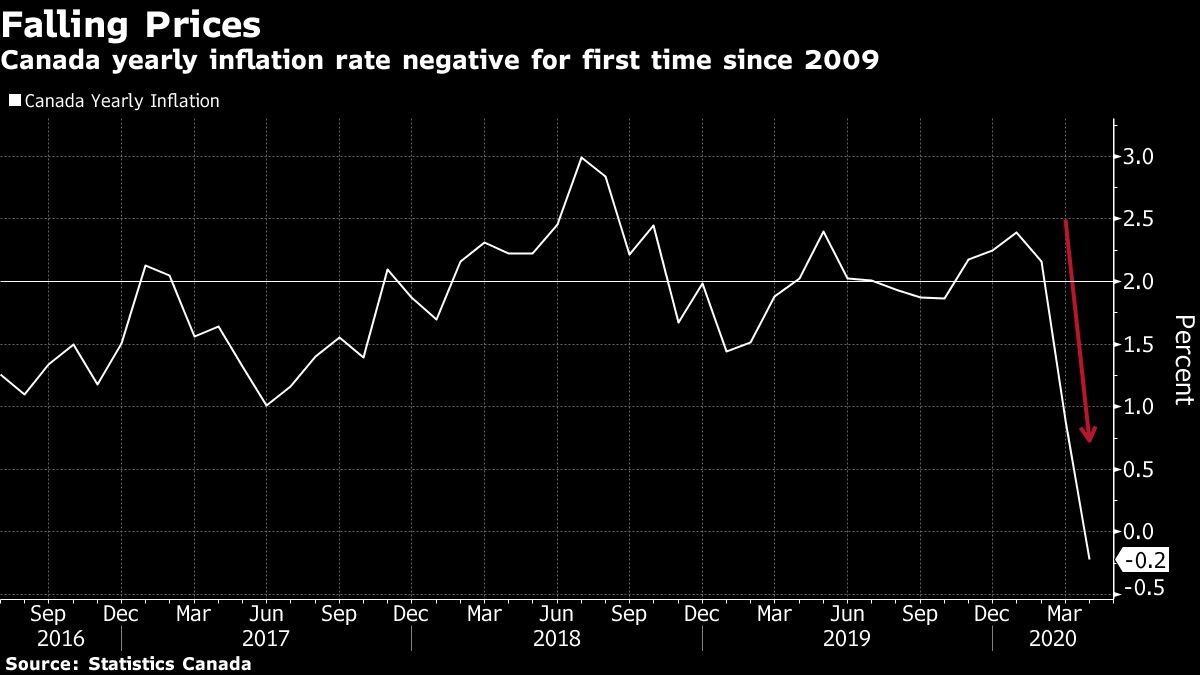 Core inflation readings, which factor out volatile items like energy prices and are often seen as a better measure of underlying price pressure, declined to 1.8 per cent, from 1.83 per cent in the prior month, the lowest since January 2019.

From March, prices fell 0.7 per cent, matching the largest one-month drop since 2008.

Statistics Canada also said it was unable to gather as much data as usual because in-person collection was suspended and some establishments were temporarily closed.