Consumer price inflation in Canada ticked up in January, while the average of the central bank’s core measures slowed down.

The overall consumer price index was up 2.4 per cent from a year earlier, after a 2.2-per-cent gain in December. That beat economist expectations for 2.3-per-cent increase. Excluding gasoline, inflation rose two per cent in January. On a monthly basis, inflation rose 0.3 per cent.

Core inflation — often seen as a better measure of underlying price pressure than the headline figure — edged down to 2.03 per cent from 2.07 per cent in December. That missed economist estimates for 2.1 per cent. 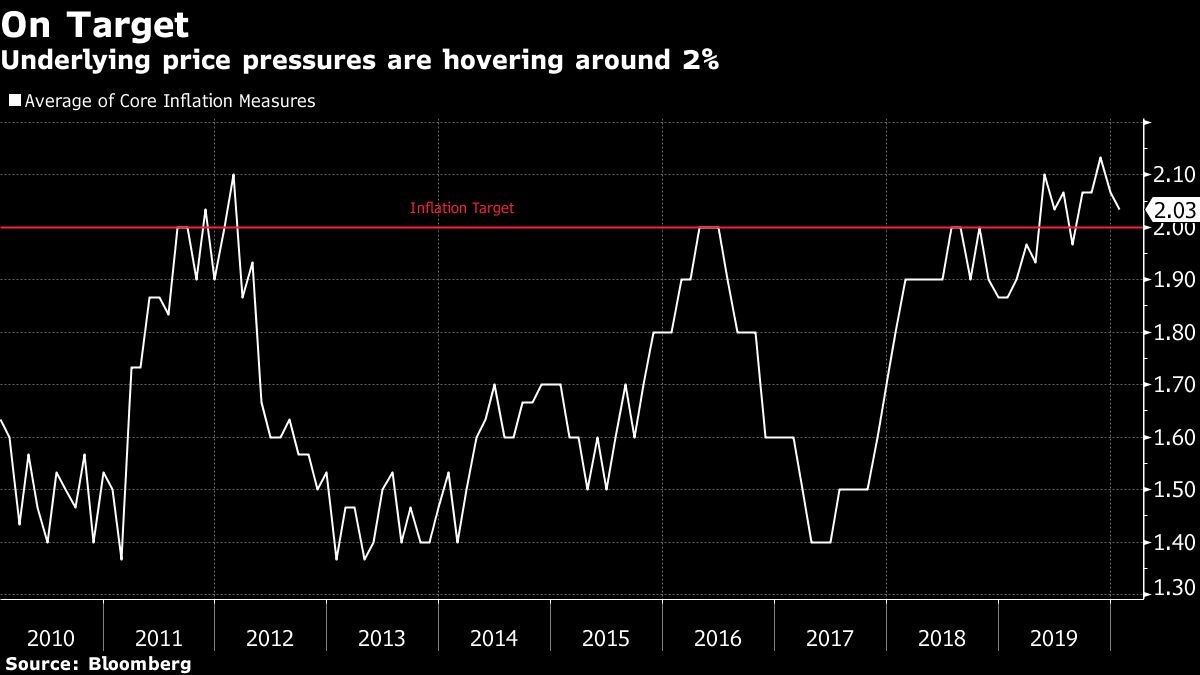 • Wednesday’s report was a mixed picture between headline and core measures. However, all indicators still track around the Bank of Canada’s two-per-cent target, suggesting policy makers would need to look at other economic indicators when considering any change to interest rates

• Gasoline prices rose 11.2 per cent compared with January 2019, when oil prices were lower due to a global supply glut

• Fresh vegetable prices accelerated five per cent on the year, largely due to stronger annual growth in tomato prices and other vegetables due to inclement weather in the U.S. and Mexico

• Along with gasoline prices, passenger vehicle insurance premiums were a main upward contributor to the headline inflation figure, rising 8.4 per cent in January from a year ago

• Telephone services dropped 7.1 per cent from the previous year, the largest downward contributor to annual inflation

• The purchase price of passenger vehicles rose 2.3 per cent in January from the year prior, reflecting the release of new models