The number of insolvency filings in Canada plunged to the lowest level since 1997 as massive cash injections from the federal government kept households afloat during the COVID-19 pandemic.

There were 6,464 insolvency filings in August, down 2.4 per cent from July and 42 per cent from a year earlier, according to the latest data from the Office of the Superintendent of Bankruptcy Canada. From April to August, filings averaged 6,442 per month, the lowest for a five-month period since 1997.

The pandemic created an unprecedented shock to Canada’s labor market, resulting in the loss of more than 3 million jobs at its peak. But government support measures, including more than $60 billion (US$45 billion) in emergency income support, have cushioned households from the worst effects of the crisis. 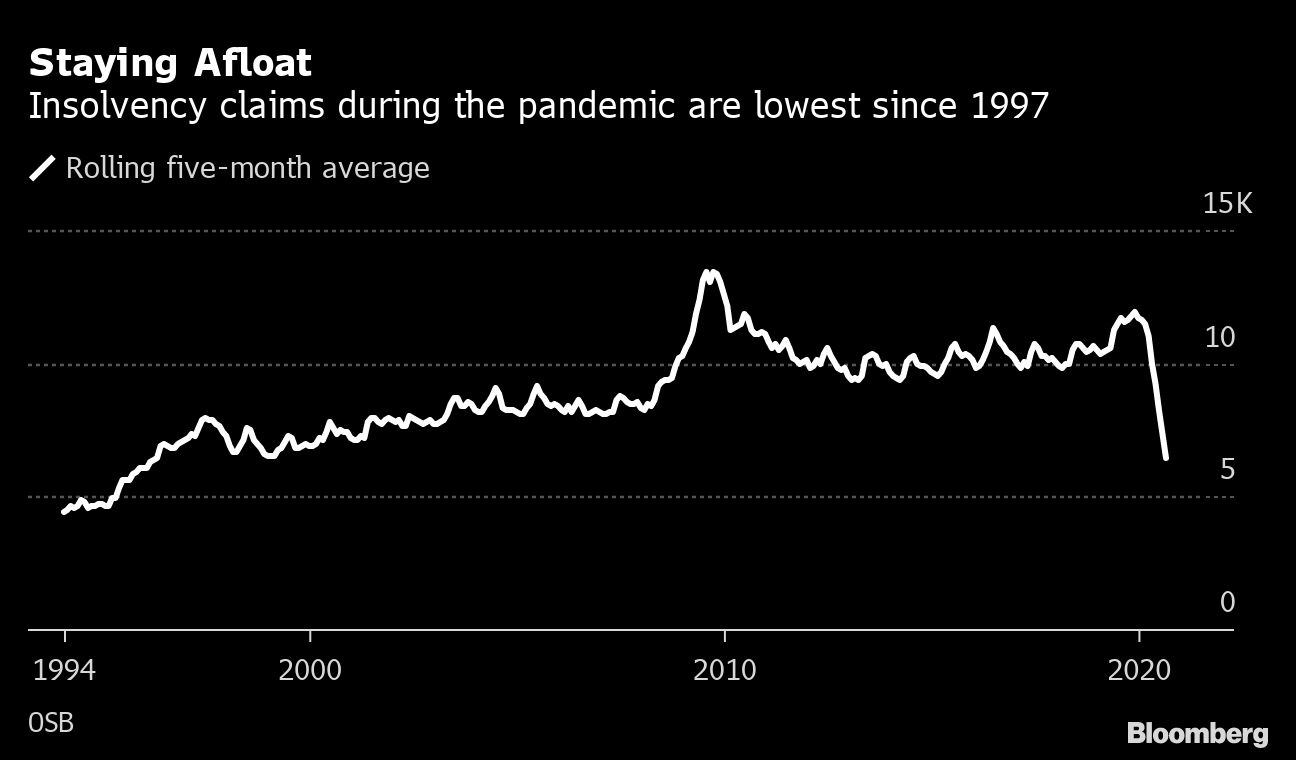