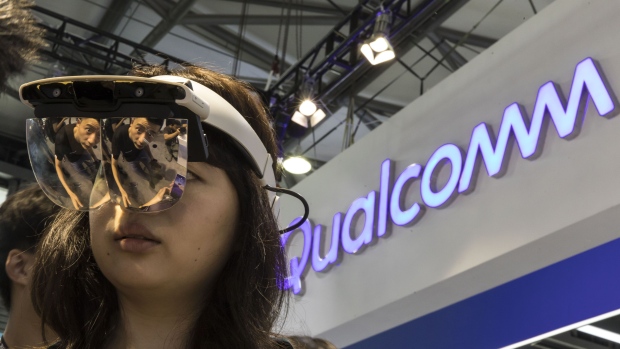 (Bloomberg) -- Some 22 million Americans filed for unemployment in the past month as businesses shut down to slow the spread of the novel coronavirus. But internship programs, a key source of future employees for big companies, have proven surprisingly immune to the economic devastation.

While Wall Street’s biggest names have delayed, shortened or made virtual their paid summer programs, they have been reluctant to cancel them. Internships are deeply ingrained in the recruiting process for some industries, and the pandemic hasn’t changed that. Top among these are slots tied to finance and consulting.

“Investment banks are probably the best example,” said Martin Boehm, dean of IE Business School in Madrid. “I’m not aware of banks that would hire without a previous internship or extensive investment banking experience.” U.S. consulting firms are a close second—Boehm said the few companies that have canceled MBA internships are in travel, hospitality or transport. “Roughly 5% of upcoming internships have been canceled, and another 15% have said ‘Let’s see how the situation evolves.’”

For MBA candidates at the Yale School of Management, internship acceptance rates remain similar to those of 2019, said Abigail Kies, assistant dean for career development. “I’ve been pleasantly surprised. I think companies have learned from their mistakes. In some past downturns, there were more rescinds than we’re seeing now.” When business picked back up after the 2008 financial crisis, she said, companies were left to scramble for talent.

Qualcomm Technologies Inc., which places 1,200 college and graduate students in internships, said more than half of its interns end up with full-time jobs. The company is sticking with its program despite the pandemic. “Now is not the time to step off the gas,” said Vicki Mealer-Burke, chief diversity officer. “The main goal of our program is to assess interns for future full-time opportunities.”

A crucial factor allowing internship programs to weather the storm is their ability to quickly shift online. Companies with established programs that incorporate networking and keep interns busy off-site via remote access find it easier to keep the pump primed.

The University of Cincinnati, which places 7,000 interns per year, has seen only a 15-20% employer cancellation rate, mostly from engineering and construction companies where on-site access is critical, said Erik Alanson, director of computing and information technology co-op programs. GE Aviation and Cincinnati Insurance Cos. plan to bring on as many as 60 students each, while others including Tesla, Kroger and Great American Insurance have also maintained offers.

“A lot of our companies have worked with us for decades, and rely on us for creating a pipeline of future full-time employees,” Alanson said.

Read More: Why a Virtual Internship Just Isn’t the Same

At the Icahn School of Medicine at Mount Sinai in New York, internship offerings have been expanded by reallocating travel and housing funding. Professor Luz Claudio directs several medical and research internship programs funded by the National Institutes of Health. This year, the International Exchange Program for Minority Students received 400 applications for 10 positions, she said.“There were a lot of really good applicants in that pool,” Claudio said. “I want to get more interns, not less.” Her internships are pivotal for students because they are paid, can provide required credits and allow publication of journal articles, which pave the way to graduate programs.

The biggest issue Claudio faces during the pandemic is how to make programs virtual. She said most of her projects are transforming from in-person lab work to remote analysis of existing data.

“I can just envision [them] becoming transactional, and turning into what the gig economy has become.”

Jennifer Clinton is chief executive of Cultural Visas, an organization that annually hosts 5,000 international interns to work with 1,000 companies, including Google, Adobe and Siemens. She worries that low-quality virtualization of internships will persist after the coronavirus has receded.

“I can just envision [them] becoming transactional, and turning into what the gig economy has become—here’s the project, do the project,” she said. “We have to be really mindful about providing support to young people.”

Clinton said none of her 2,000 internships already underway have been cancelled. But travel restrictions, visa complications and university closures have caused almost all of her summer programs to be postponed or scrubbed entirely.

We’re “reorganizing ourselves to see what going into fully scaled remote internships would look like,” she said.

For internships aimed at low-income college students, the answer to the pandemic question has been online skills classes and mentoring. College to Congress places students in Congressional internships, but that’s not feasible in the current climate. CEO Audrey Henson said her program has released an online training program, College to Congress University, available free to all students.

First Workings is pivoting in a similar fashion, shifting its high school internships for lower income youth at companies like Morgan Stanley and Nasdaq to a summer of virtual learning. Each intern will be assigned an online mentor at their company.

Despite the Covid-19 crisis, the demand for internships remains strong as many students worry there won’t be many opportunities in the foreseeable future. Jazmine Valencia, CEO of musician management and marketing firm JV Agency, said she’s been besieged with applications. “I did 20 back-to-back phone interviews yesterday, for ten spots. They are asking to work [immediately], all hours, with indefinite end dates.”

The intern anxiety list is topped by graduate international students already in the U.S. Most are seeking a company to sponsor a long-term visa. More than 40% of the MBA students overseen by Kies at Yale’s New Haven, Connecticut, campus hold international passports, she said. Local Connecticut companies, long overlooked by Yale students for internships, are now suddenly attractive because they don’t require students to relocate during a pandemic.

Kies has been conducting mock virtual interviews, reminding students to dress formally even though their Skype or Facetime interviewer may be in shorts and a t-shirt, or holding a baby. She also counsels them to spot pandemic-related opportunities.

“What organizations have problems that need solving right now?” Kies asks the students. The list is a long one.