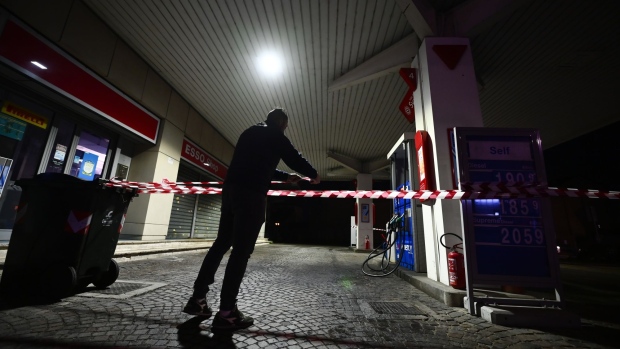 (Bloomberg) -- Italy is bracing for two days of disruptions after gas station operators across the country started a strike late Tuesday to protest against a new policy introduced by Prime Minister Giorgia Meloni’s government.

A last-ditch attempt by the government to convince unions to call off the strike failed. But some of the groups organizing the protest decided to reduce its duration, signaling some progress in negotiations with Industry and Made in Italy Minister Adolfo Urso.

Still, the strike is a setback for Meloni, who has been on the defensive since the end of a car-fuel subsidy in late December sparked protests from consumers and labor unions. Her government responded with measures to counter alleged price gouging by gas station operators, who in turn decided to strike against what they say is an unfair characterization.

Unions criticize a government order that requires gas stations to display the average price for gasoline and diesel alongside their own prices. Stations that don’t comply are subject to fines.

Italy’s strike comes on the heels of widespread labor protests in the UK and following strikes in France against President Emmanuel Macron’s pension reform.

Urso will be in Brussels Wednesday, where he will meet European Union commissioners Paolo Gentiloni and Margrethe Vestager. A new meeting between government officials and gas station unions is scheduled for Feb. 8.

The strike started at 7 p.m. Italy time on Tuesday for gas stations in cities and extended to highways from 10 p.m. It will last 48 hours, though some operators will reopen earlier than that.

(Updates with details starting in the third paragraph)