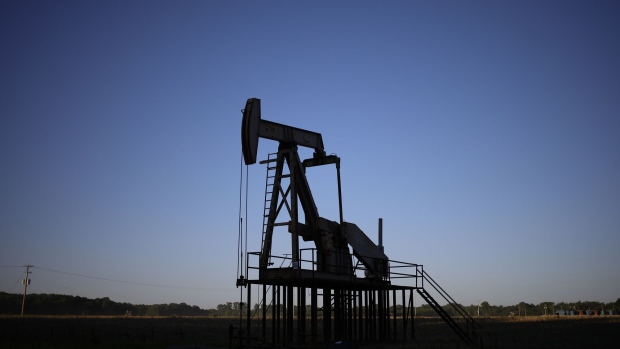 An oil pump jack at the New Harmony Oil Field in Grayville, Illinois, US, on Sunday, June 19, 2022. Top Biden administration officials are weighing limits on exports of fuel as the White House struggles to contain gasoline prices that have topped $5 per gallon. Photographer: Luke Sharrett/Bloomberg , Bloomberg

The Group of Seven nations are hammering out a complicated mechanism to cap the price fetched by Russian oil in a bid to tighten the screws on Vladimir Putin’s war machine in Ukraine. But given Moscow’s robust fiscal position, the nation can afford to slash daily crude production by 5 million barrels without excessively damaging the economy, JPMorgan analysts including Natasha Kaneva wrote in a note to clients.

For much of the rest of the world, however, the results could be disastrous. A 3 million-barrel cut to daily supplies would push benchmark London crude prices to $190, while the worst-case scenario of 5 million could mean “stratospheric” $380 crude, the analysts wrote.

“The most obvious and likely risk with a price cap is that Russia might chose not to participate and instead retaliate by reducing exports,” the analysts wrote. “It is likely that the government could retaliate by cutting output as a way to inflict pain on the West. The tightness of the global oil market is on Russia’s side.”