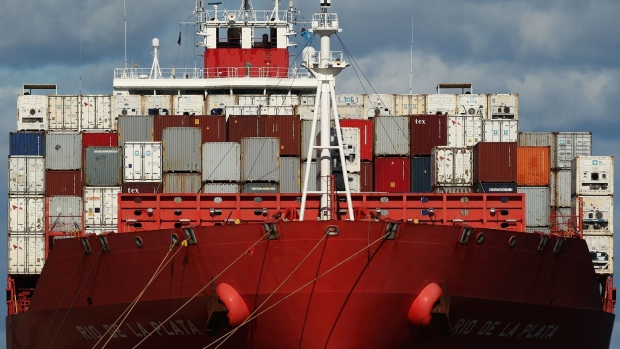 The container ship Rio Del La Plata is docked at Port Botany container terminal in Sydney, Australia, on Wednesday, June 3, 2020. Australia’s economy contracted in the first three months of the year, setting up an end to a nearly 29-year run without a recession as an even deeper slowdown looms for the current quarter. Photographer: Brendon Thorne/Bloomberg , Bloomberg

California’s ports of Los Angeles and Long Beach delayed charging fines on containers that sit on the docks for too long for a second time this month, arguing the threat alone is helping clear lingering boxes from space-constrained terminals.

The plan to charge carriers at least US$100 daily for each container waiting nine days or more for trucks to pick them up was put on hold until Nov. 29, when a decision on whether to charge the penalties will be reassessed, the ports said in a statement.

The build-up of cargo at the main U.S. gateway for imports from China is contributing to goods shortages and price increases ahead of the holiday shopping season. Strained supply chains have become an economic drag on the world’s largest economy and a political risk for President Joe Biden as the disruptions put upward pressure on inflation. 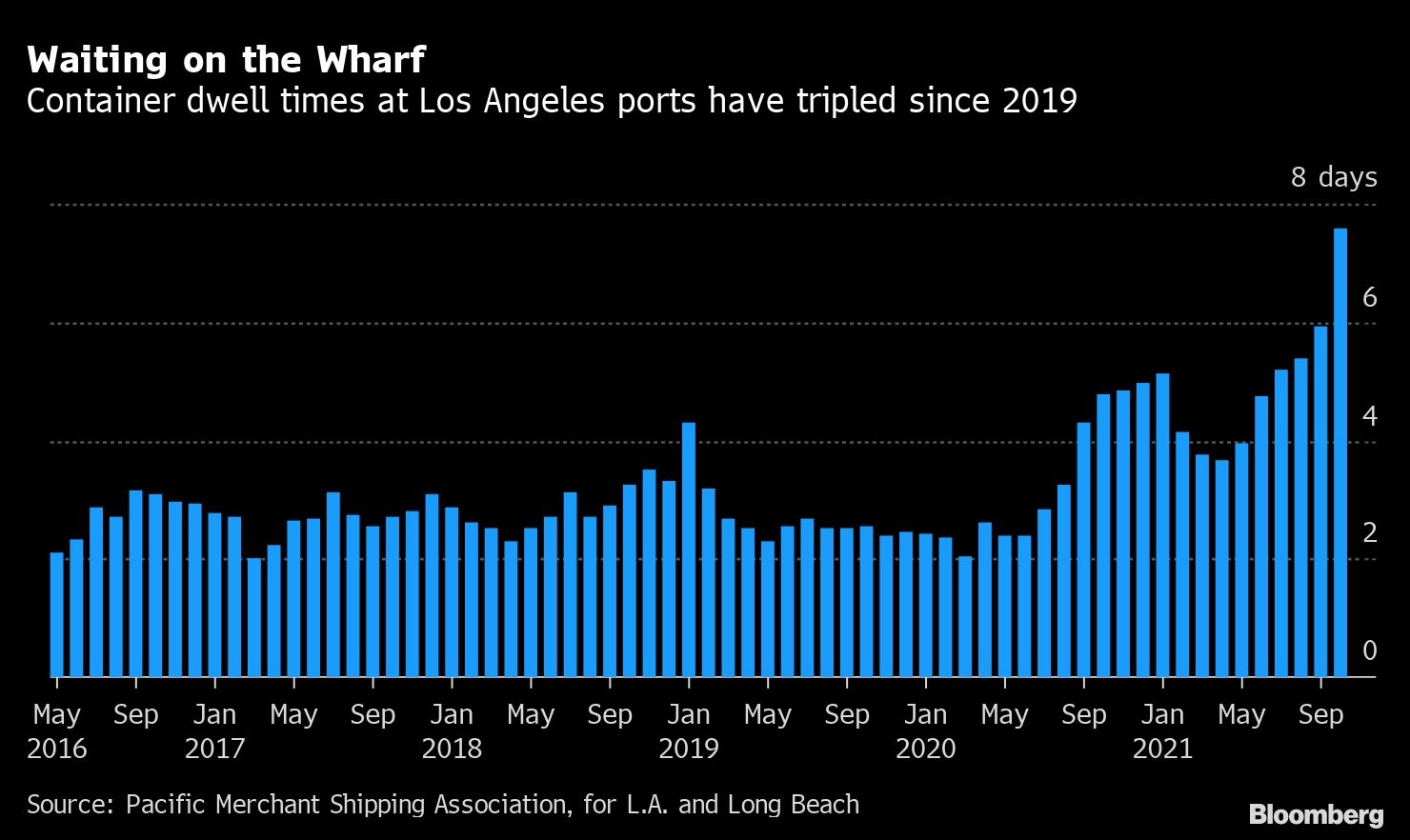 The so-called dwell time for containers awaiting pickup by trucks at the U.S.’s two largest ports climbed to a record 7.64 days in October. Since the hubs first announced the fee on Oct. 25, they’ve seen the number of containers awaiting collection fall by one-third.

At Los Angeles, the number of idle containers was down 38 per cent overall by Tuesday, with the tally of boxes waiting nine or more days 53 per cent lower, the port said in an email Wednesday. The ports originally planned to start collecting the penalties on Nov. 15, then postponed that to Nov. 22.