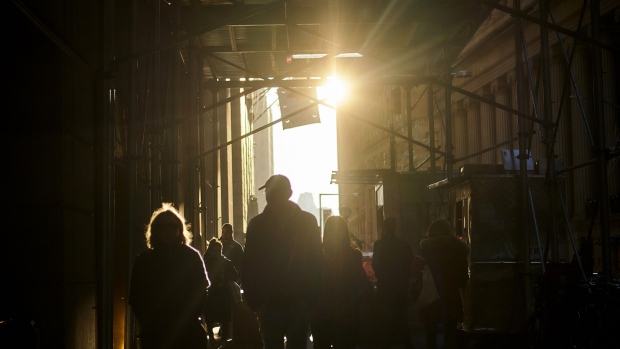 Pedestrians walk along a street near the New York Stock Exchange (NYSE) in New York, U.S., on Thursday, Dec. 27, 2018. Volatility returned to U.S. markets, with stocks tumbling back toward a bear market after the biggest rally in nearly a decade evaporates. Photographer: John Taggart/Bloomberg , Bloomberg

It is said that bond investors understand the path of the economy far better than stock investors. And at times like this market behaviour all can be somewhat irrational.

Stock investors often get caught up in the story. It’s true that the data is looking slightly better. But, the markets are forward looking.

Bond investors weigh inflation and growth expectations along with supply and demand factors.

Today, supply and demand analysis has never been more challenging. Central bank intervention has rendered traditional analysis near useless. Inflation expectations seem to change by the hour. Recent yield curve movements appear to be pricing some reflation and inflation. The colossal degree of debt supply coming in the next few years and beyond is staggering. The output gap caused by COVID-19 could take years to recover. The amount of increasing debt to GDP globally is killing the longer-term growth outlook.

We are almost certainly going to face a decade or more of stagflation ahead. The only way to reduce the size of the debt is to print money and deflate it. Central banks worldwide have started in earnest—including the Bank of Canada.

The fundamentals have never been more distorted. We continue to see this as troubling, the bulls see the liquidity as a reason to buy, buy, buy.

As of 12 pm ET Friday, Fed funds futures see rates staying at the lower-zero-bound for several more years. The implied yield of overnight money is 100, minus the price of the contract. The slight rise in the price of the contracts to 100 in mid-2021 suggests the possibility of negative rates, though that may have changed following the surprising employment reports today. You can follow prices on the CME website. 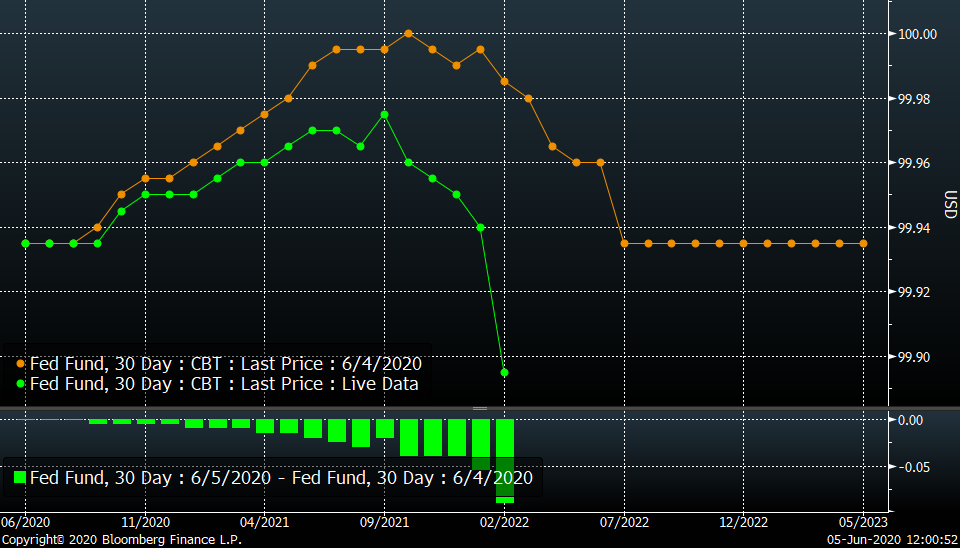 The next-most sensitive rate comes from the floating rate three-month Eurodollar futures, which account for trillions of dollars around the world in the swaps market. There is a 10-year series of three-month interest rates called the Eurodollar futures curve. This is the rate that banks lend to each other, known as the London Interbank Offer Rate (LIBOR). So it tends to be a bit higher than the government rate because there is a small degree of credit risk. This curve suggests the first rate hike might be in the second half of 2022 and that by the end of the decade the three-month rate could be about 1.5 per cent. 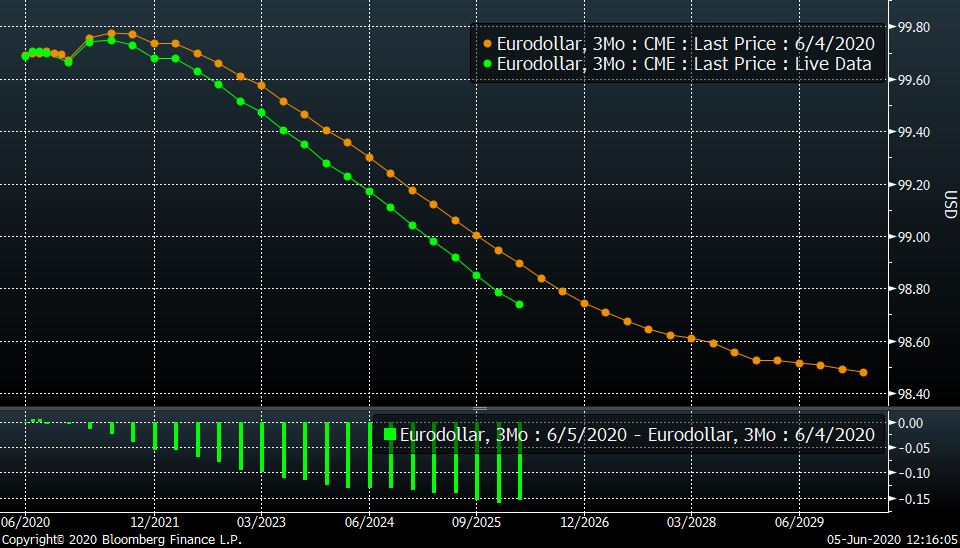 Longer-term rates are largely driven by growth and inflation expectations. However, for the past decade, central banks have bought government debt to keep rates low and support the economy, which has distorted all yields globally. Japan has been the leader in this experiment of yield curve control. They have led the world, followed by Europe, to negative longer-term yields.

Today, the U.S. 10-year is the highest yielding safe debt in the world. But I still see this rate trading at negative yields before the bull cycle ends for bond yields and the recession\depression effects of this cycle are over. 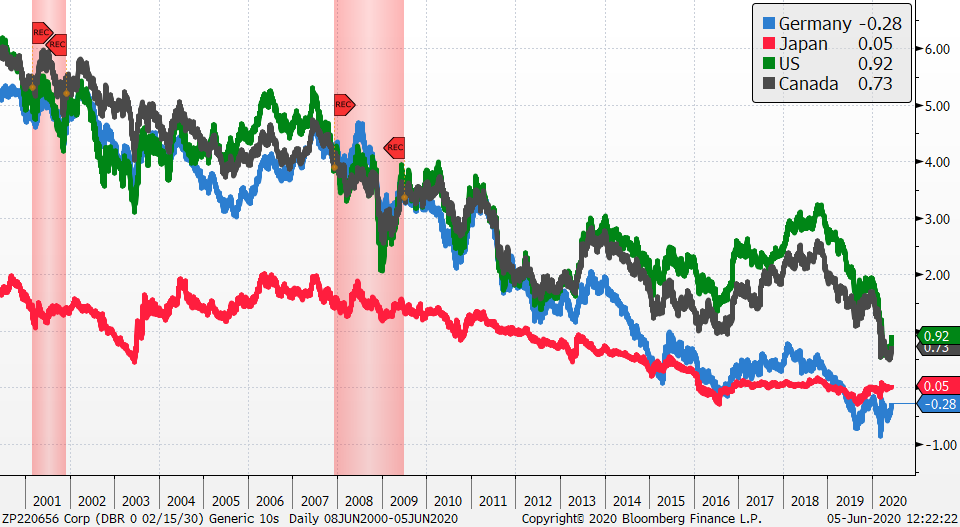