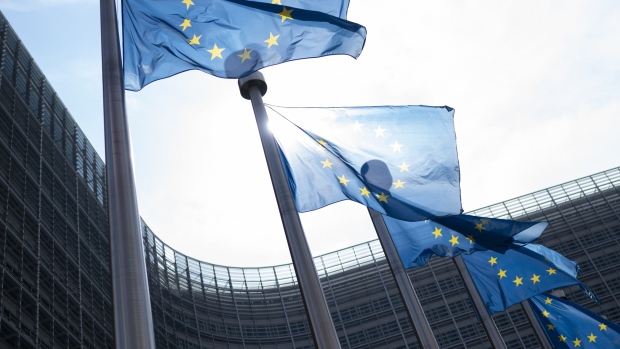 European Union (EU) flags fly from flag poles outside the Berlaymont building ahead of a European Union leaders summit in Brussels, Belgium, on Wednesday, April 10, 2019. At a crisis summit today, EU leaders will probably deny U.K. Prime Minister Theresa May the short Brexit extension she was seeking and instead force a delay of as long as a year. , Bloomberg

As a global relative value or growth at a reasonable price investor, I’m always looking around the world for the best potential returns adjusted for risk. One of the formulas I use for calculating return relative to risks consists of three parts.

The sum of these three parts are then compared to downside risks. 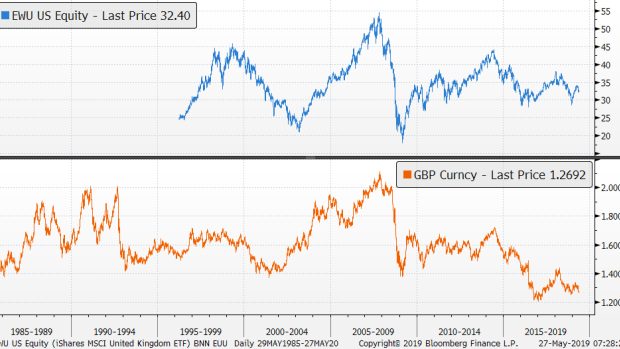 When investing globally, it turns out that currency fluctuations often define the vast majority of your returns in any given year. Going back to 1971 when currencies started to float after the Bretton Woods Agreement was broken, the absolute value of the average change per year versus the Canadian dollar was about 10 per cent annually. It was either a tailwind or a headwind to your returns. The recent weakness caused by Brexit in the past few years offers an opportunity for currency gains in the next few years. We see about 20 per cent upside potential in the next few years as they figure out the Brexit details. A hard Brexit is not fully priced in, and you would want to hold back for a bad outcome.

The reason to think globally is simple. Canadian markets represent about three per cent of world equities and about five per cent of world debt markets. We also have very concentrated markets with a massive overweight in financials and energy stocks. Looking into the future, I would argue that technology, healthcare, and the consumer are the three key growth sectors where Canada is significantly lacking. For most Canadians, focusing your portfolios more globally is a move in the right direction.

When you invest globally, the dividend yield has a foreign withholding tax and is treated as income in your portfolios, so most global investing should be done in registered accounts. More domestic investing for dividends should be done in taxable Canadian accounts. How big should the position be in your portfolio? The U.K. (currency adjusted) is about five per cent of the world index. We think it should be closer to the eight per cent it was historically. The two ETFs we are using in our portfolios are EWU (iShares MSCI UK ETF) and EWUS (iShares MSCI UK Small Caps ETF). Canadians tend to have as much as 50 per cent of their portfolios in Canada, which is an awfully big bet on our poorly diversified equity markets that are not set up well for future growth. We are accumulating on weakness in these markets they are not an outright buy.

Keep in mind that these trade wars have a lot to do with currency levels. Quietly, last week the Trump administration floated a new policy idea. We think the trade wars are potentially leading to another Plaza Accord type of summit, but our bet is that it is an early 2020 agenda item owning to the political calendar in the U.S. We doubt China folds before the next U.S. election. Ultimately, a currency-based agreement (that may include the demise of the euro) may be the ultimate outcome of these trade wars.