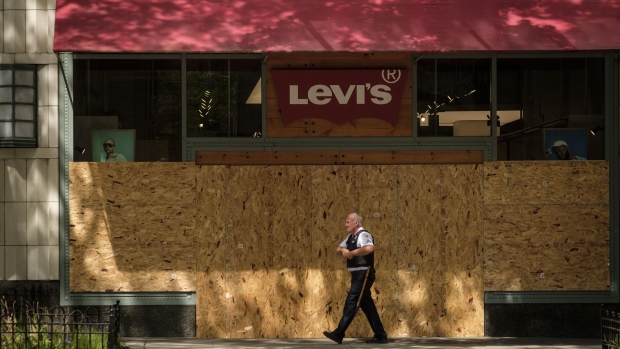 NEW YORK -- Levi's said Tuesday that it will cut 700 office jobs, or about 15 per cent of its worldwide corporate workforce, as it deals with a sharp drop in sales due to the coronavirus pandemic.

The San Francisco-based jeans maker said the layoffs will save it about US$100 million a year and won't affect workers at its stores or factories.

Like other clothing companies, Levi's had to temporarily close its stores due to the virus. Many of the department stores that sell its jeans were also shut.

Levi Strauss & Co. said its second quarter revenue sank 62 per cent to US$497.5 million. It reported a loss of US$363.5 million, after reporting a profit a year ago. Adjusted losses came to 48 cents US per share, beating Wall Street expectations, according to Zacks Investment Research.

The company said most of its stores are now open and seeing sales at about 80 per cent of where they were a year ago.