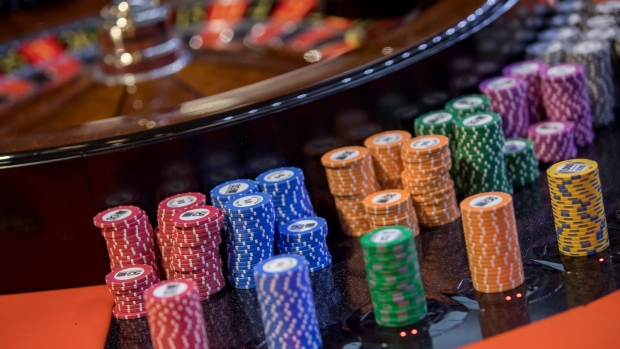 Gaming chips sit stacked next to a roulette wheel at the Global Gaming Expo Asia (G2E Asia) in Macau, China, on Tuesday, May 21, 2019. The expo runs through May 23. , Bloomberg

--With assistance from Manuel Baigorri.

To contact the reporter on this story: Jinshan Hong in Hong Kong at jhong214@bloomberg.net

To contact the editors responsible for this story: Rachel Chang at wchang98@bloomberg.net, Jeff Sutherland, Will Davies