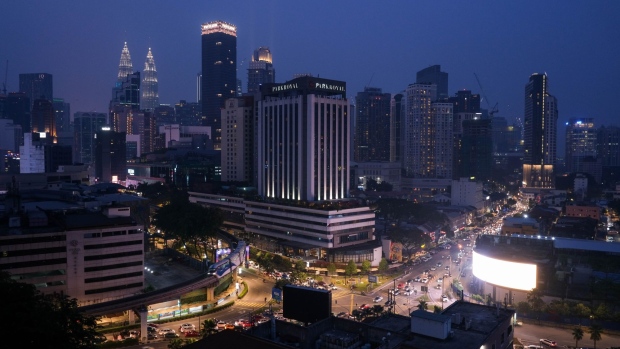 Buildings stand shrouded in haze at dusk in Kuala Lumpur, Malaysia, on Wednesday, Sept. 11, 2019. Malaysia closed more than 400 schools, citing unhealthy air quality as smoke and ash from raging forest fires in Indonesia spread to more areas in countries from Thailand to the Philippines. , Bloomberg

Eastspring Investments Small Cap Fund scored a 16.8% return in 2019, while Kenanga Syariah Growth Fund returned 15.5%, topping the list of Malaysian funds with $100 million or more in assets, Bloomberg-compiled data show. That’s even as the benchmark FTSE Bursa Malaysia KLCI Index slumped 7.6%, set for the steepest drop since 2008. In contrast, the smaller cap gauge has rallied 22%.

Being prescient has paid off for Eastspring and Kenanga as the export-reliant economy faces headwinds from global trade tensions and a muted economic outlook at home. Both funds have one strategy in common: the tech sector, which has benefited from trade diversions due to the U.S.-China rivalry. They also expect the country’s biggest companies to rebound after losses this year.

“We have some good themes like your 5G, your data centers and your storage enterprise, we think it will continue to grow regardless of the economic situation,” she said.

Malaysia’s technology index has jumped 26% in 2019 as companies like Inari Amertron Bhd. and ViTrox Corp Bhd. reap a windfall from the U.S.-China trade war. Bank Negara Malaysia estimated an additional $1.4 billion of goods was exported by Malaysia to the world’s two largest economies from January through August.

Inari is among the fund’s top holdings, as well as glove maker Kossan Rubber Industries Bhd. and Alliance Bank Malaysia Bhd., according to data compiled by Bloomberg.

“We think smaller caps still have a good chance of outperforming,” he said. “Nonetheless, we still think there could be a rebound in large caps after two years of negative performance” for the benchmark and the index of Malaysia’s 100 biggest firms, he said.

Ismitz sees value in oil and gas as well as palm oil as investor sentiment toward those sectors had been “depressed” for some time. He also plans to trade in certain companies and government-linked firms that could be undergoing reforms.

To contact the reporter on this story: Yantoultra Ngui in Kuala Lumpur at yngui@bloomberg.net