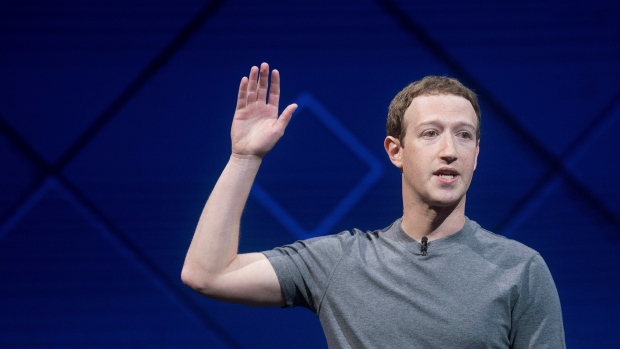 Facebook Inc. Chief Executive Officer Mark Zuckerberg will spend 2018 trying to correct persistent problems—including the proliferation of hate speech and misinformation—that have dogged his wildly popular social network for the past two years.

“We won’t prevent all mistakes or abuse,” Zuckerberg said in a Facebook post on Thursday morning, announcing his annual personal challenge. “But we currently make too many errors enforcing our policies and preventing misuse of our tools.”

He vowed to take a comprehensive look at Facebook’s role in society, recruiting experts and using his personal time to closely study issues that he said “touch on questions of history, civics, political philosophy, media, government, and of course technology.” Facebook declined to make Zuckerberg available for an interview.

The announcement was something of a departure for the 33-year-old founder, who has generally used his annual New Year’s announcement for more lighthearted pursuits. For instance, in past years he has promised to run every day, start a book club, and, most memorably, to only eat meat that he killed with his own hands.

In other years, Zuckerberg has undertaken overtly personal quests that align vaguely with Facebook’s business priorities, including learning Mandarin (which could help Facebook break into the Chinese market), building his own artificial intelligence bot (when Facebook had made AI a priority), and vowing to wear a necktie to work every day (when Facebook was trying to signal to investors and employees that it was serious about making money).

Of course, “fixing Facebook,” is probably a taller order than any of those. Zuckerberg spent most of 2017 trying, fitfully at times, to address the same issues that he has promised to focus on in 2018.

After initially dismissing concerns about the influence of so-called fake news on Facebook, especially during the 2016 U.S. presidential campaign, Zuckerberg released a 6,000-word “community letter” in February, explaining how Facebook would attempt to prevent harmful uses of its platform and focus on building relationships between people. This summer, the company organized its first Communities Summit, during which Zuckerberg unveiled improved functionality designed to make Facebook more useful to organizers of offline local groups, such as churches. And during the company’s earnings call in November, Zuckerberg warned investors that Facebook’s investments in security to prevent abusive of its platform would hurt profitability.

But those announcements have been overshadowed by disclosures about the activity of Kremlin-connected propagandists. In December, two former executives, Sean Parker and Chamath Palihapitiya, suggested that Facebook use might be harmful. “We have created tools that are ripping apart the social fabric,” said Palihapitiya, now CEO of Social Capital. “I don’t use [it],” Palihapitiya said, using an expletive. (He later softened his comments, noting that they were meant to call attention to the need for a “conversation” about the role of social media.)

Zuckerberg seemed to make reference to these critiques in his New Year’s announcement, promising to focus, as he put it, on “making sure that time spent on Facebook is time well spent.”

“This will be a serious year of self-improvement,” he said.