Same-store sales rose 5.9 per cent globally, outpacing estimates for 5.7-per-cent growth, according to Consensus Metrix. But the chain is still struggling to pull more customers in its doors in the U.S. In that key market, sales rose 4.8 per cent, below analyst projections and slower than the prior quarter’s roaring growth of 5.7 per cent. 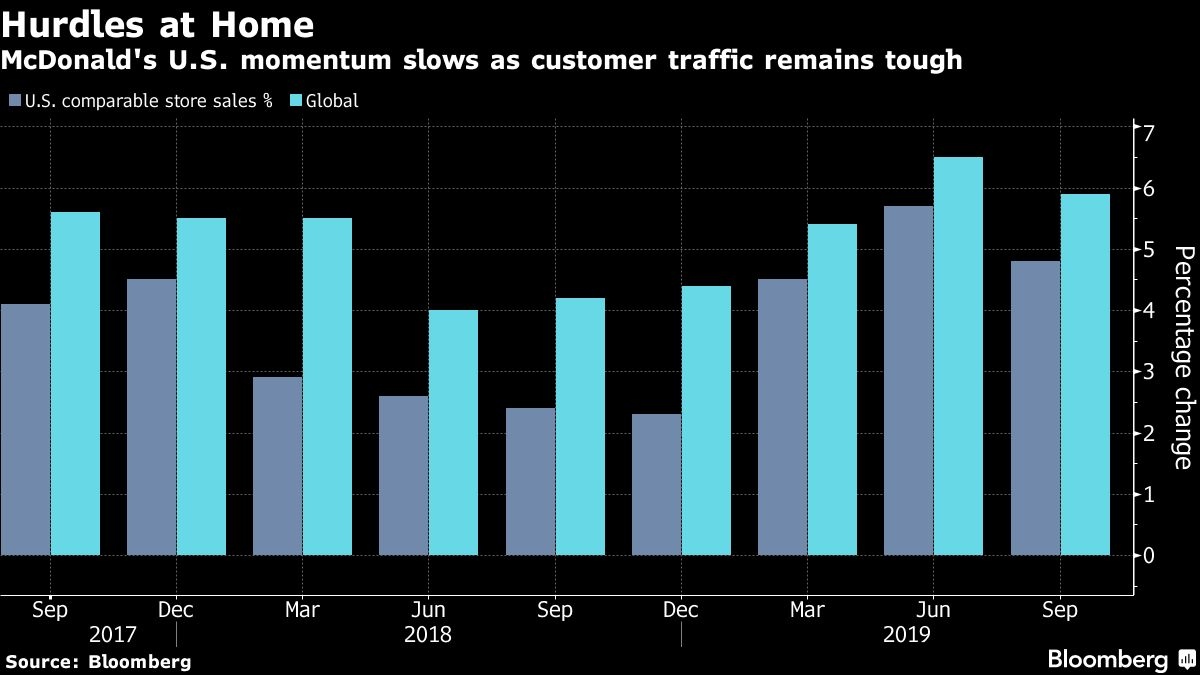 -McDonald’s gets more than a third of revenue from the U.S., where it’s been having a hard time luring more diners, especially during the morning hours. And it’s getting more crowded: Burger King is trying to improve its coffee lineup, Dunkin’ is introducing Beyond Meat breakfast sandwiches nationwide and Wendy’s Co. is planning to re-enter the morning market with a big push next year.

-Gains in U.S. comparable sales were driven by advertisements, along with menu price increases — but customer traffic remains a challenge. That market also saw higher wage and commodity costs from a year earlier in company-owned locations.

-With competition heating up, Chief Executive Officer Steve Easterbrook has been investing heavily in technology. That includes delivery, making it easier to reorder on the company’s mobile app and adding smart-tech like license-plate scanners to drive-thrus — conveniences plugged-in Americans are increasingly demanding.

-Investors would love to know more about the chain’s plant-based ambitions in the U.S., but it hasn’t let slip who it’s considering for its 14,000 locations in that market. Still, it announced a test with Beyond Meat in Canada last month. McDonald’s former CEO Don Thompson was an early investor in Beyond through his Chicago-based Cleveland Avenue fund.

-McDonald’s fell as much as four per cent on Tuesday, the most in more than a month. The shares had climbed 18 per cent this year through Monday’s close.