Meta Platforms Inc. has tumbled out of the world’s 10 largest companies by market value, hammered by its worst monthly stock decline ever.

Once the world’s sixth largest company with a valuation in excess of US$1 trillion, the Facebook parent closed on Thursday with a value of US$565 billion, placing it in 11th place behind Tencent Holdings Ltd., according to data compiled by Bloomberg. 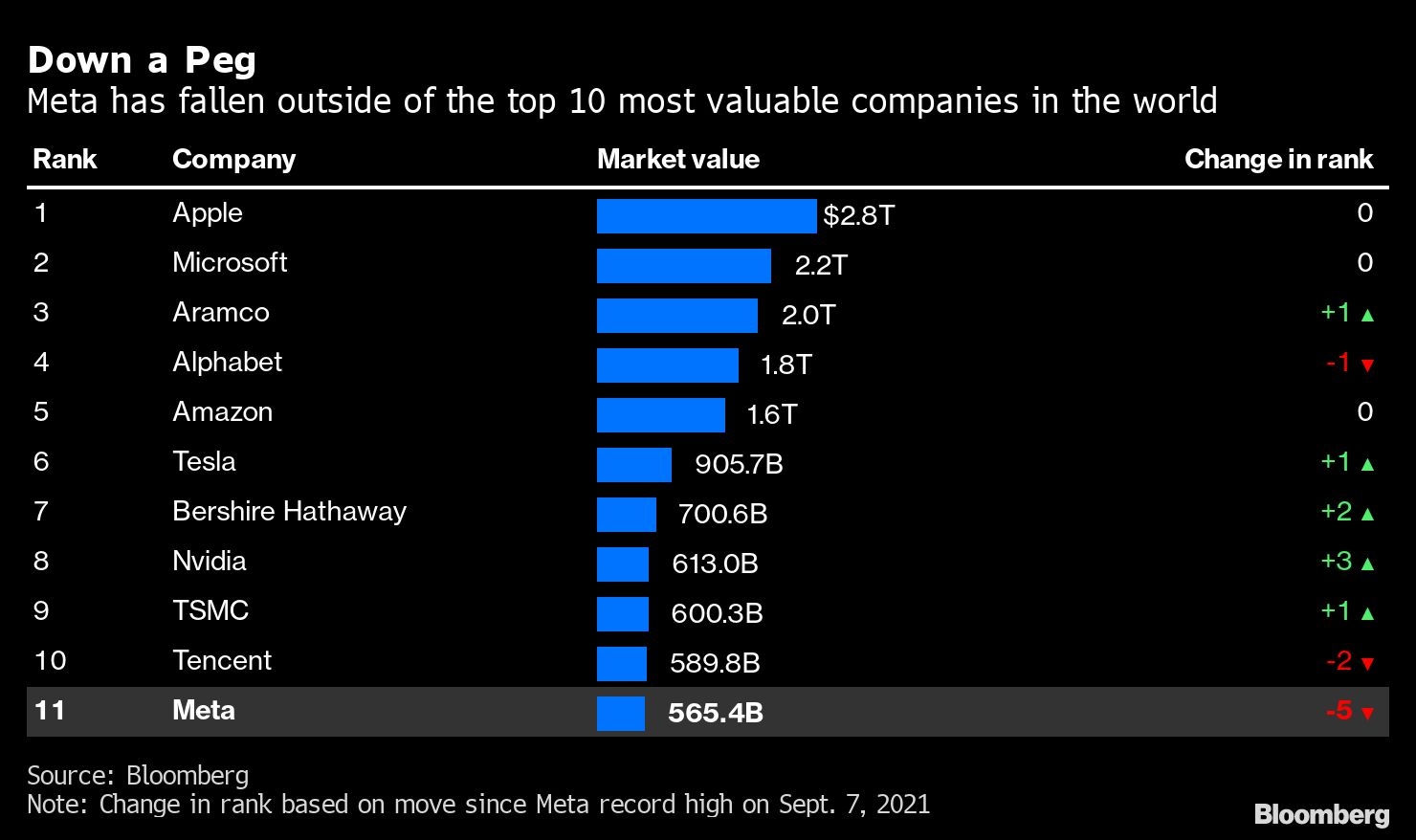 Meta Platforms, which changed its name from Facebook last year as part of Chief Executive Officer Mark Zuckerberg’s attempt to shift the company’s focus to immersive digital experiences, has seen more than US$500 billion in market value destroyed from a September peak. The stock extended losses on Thursday in the wake of a dismal earnings report two weeks ago that revealed stagnating user growth. It has now fallen 46 per cent from last year’s record.

Tesla Inc., with a market value of US$906 billion, has taken Meta’s place as the sixth-biggest company behind e-commerce giant Amazon.com Inc. Warren Buffett’s Berkshire Hathaway Inc. trails the electric vehicle maker at US$700 billion, followed by chipmaker Nvidia Corp. at US$613 billion.

The value wiped out by the selloff in Meta’s shares exceeds the market caps of all but eight companies in the S&P 500 Index.