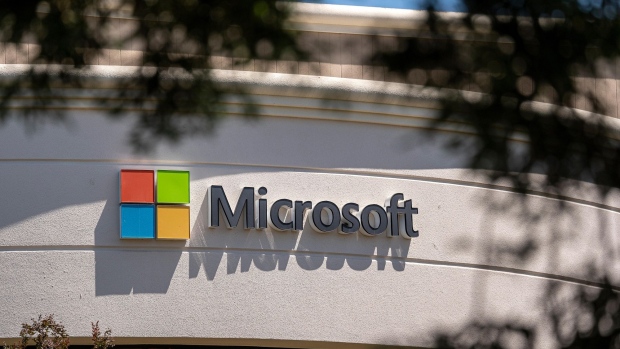 (Bloomberg) -- Microsoft Corp., a staple of ESG investment funds, is being called out by a group of shareholders for what they say is its poor track record on tax transparency.

Investors managing more than $350 billion in total filed a resolution demanding that Microsoft report in line with the Global Reporting Initiative Tax Standard, according to a statement from the group on Tuesday. The resolution also calls on Microsoft to disclose its tax and financial information on a country-by-country basis.

“Technology is a sector that has historically been characterized by tax avoidance, particularly for large multinationals like Microsoft,” said Katie Hepworth, responsible tax lead at Pensions & Investment Research Consultants Ltd., which coordinated the resolution. The risk of regulatory “investigation and intervention” is a particular concern for investors, Hepworth said in a statement.

That’s as taxation becomes a hot topic in Europe, where officials have taken aim at complicated structures used by multinationals to reduce tax rates or drive them to zero. Lawmakers last month advanced a plan for a minimum corporate tax rate of 15% from 2023 for large firms, to implement a landmark agreement by 136 countries to stop luring companies with ever-lower tax rates.

Microsoft recorded profits of $315 billion in an Irish subsidy in 2020, “despite having no employees” there, according to PIRC, Europe’s largest independent corporate governance and shareholder advisory consultancy. PIRC has supported similar resolutions at Cisco Systems Inc. and Amazon.com, as part of a larger campaign targeting 30 companies in industries that have a record of tax avoidance or that count governments among their customers.

Representatives for Cisco declined to comment, while spokespeople for Microsoft said they were looking into the resolution but didn’t immediately provide a comment.

Companies that failed to respond to an effort by signatories to the UN’s Principles for Responsible Investment to address tax policy are being targeted by the PIRC’s campaign, Hepworth said by email.

“Our decision to escalate engagement at tech companies through the filing of shareholder resolutions also reflects the increased risk to investors of tax avoidance strategies, due to the historic OECD global tax reforms,” Hepworth said. Tech companies were “explicitly named as a justification for the reforms” which are also designed to end new digital taxes that the US contends are discriminatory.

Corporate tax speculation -- whereby companies shift profits to low-tax countries in an effort to dodge the higher levies of the markets in which they operate -- costs the US government as much as $100 billion a year, PIRC said. Microsoft doesn’t disclose revenue or profit in non-US markets and foreign tax payments aren’t disaggregated, which makes it hard for investors to evaluate the risk of stricter tax regulations, PIRC said.

Jens Munch Holst, chief executive at AkademikerPension, said in a statement that “if Microsoft changes course and embraces GRI standards of reporting, it will boost the company’s brand and will lift standards across the entire global Big Tech sector.” He also said that “charitable donations don’t in any way compensate for large-scale tax avoidance.”

Microsoft is among the most popular ESG stocks globally, thanks in large part to its perceived low-carbon footprint. The company is the biggest holding in the world’s largest ESG exchange-traded fund -- BlackRock Inc.’s iShares ESG Aware MSCI USA ETF (ticker ESGU) -- after Apple Inc., according to the latest regulatory filings tracked by Bloomberg.

Shareholders at Microsoft and other tech companies have recently had success with resolutions after years of defeat. Last year, Microsoft reached agreements with two groups in exchange for them pulling their planned proposals; one dealt with the right to repair devices and the other sought an independent human rights review of some deals. In November, investors also voted for a non-binding resolution seeking a report on the effectiveness of sexual-harassment policies over the company’s objections, following reports that co-founder Bill Gates behaved inappropriately toward female employees years ago.