Nikola Corp. got its first sell-equivalent rating, with the electric-vehicle startup downgraded to underperform from neutral at Wedbush citing the loss of a driving force in its founder’s departure, and the threat posed to hydrogen fuel’s appeal by Tesla Inc.’s “eye-popping battery innovations.”

Nikola’s shares have been on a rollercoaster ride, shedding nearly 80 per cent of their value since June’s record high as the truckmaker has come under increasing scrutiny, resulting in its founder Trevor Milton’s decision to resign as executive chairman on Monday.

“The recent questions surrounding the Nikola story raised by the bears will be a dark cloud over the stock until answered, especially with no fundamental or delivery catalysts in the near-term,” Wedbush analyst Dan Ives said in a report, cutting his recommendation and slashing his price target from $45 to $15, the lowest among analysts followed by Bloomberg. 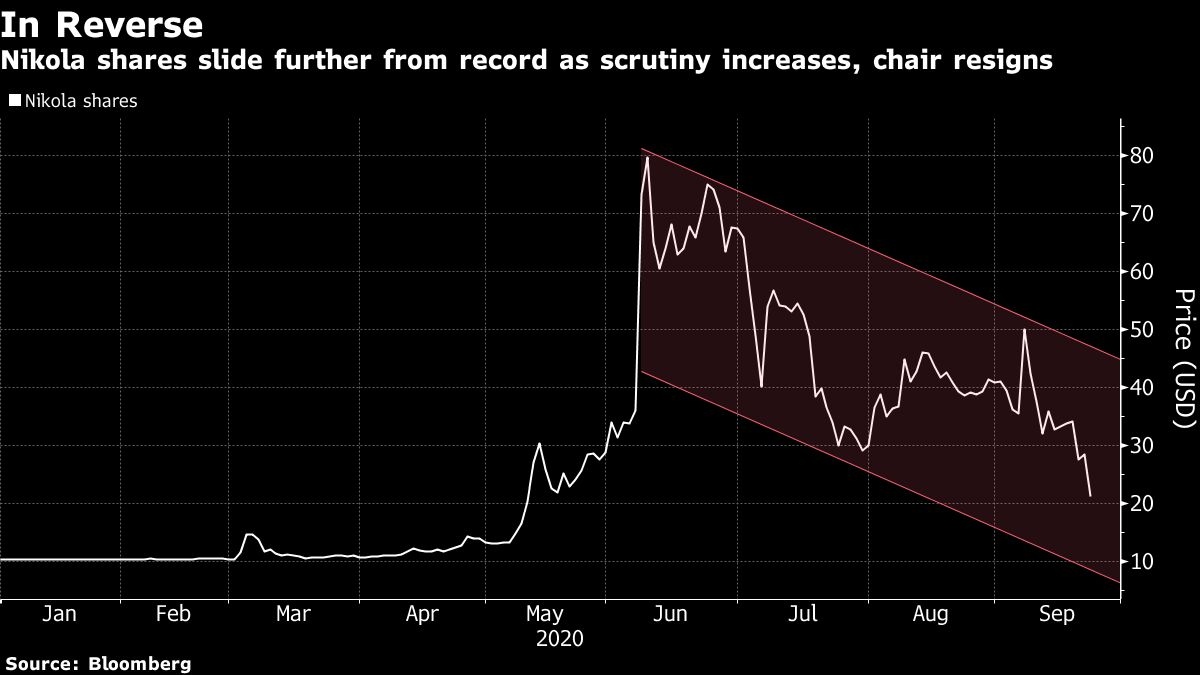 Ives also bemoaned the founder’s departure, saying that despite controversy surrounding Milton, he left behind a “huge void that is hard to replace,” heightening execution risk.

Nikola shares fell as much as 11 per cent in U.S. premarket trading on Thursday, extending the week’s losses to 45 per cent.

While Wedbush considers Nikola’s electric-vehicle and hydrogen fuel cell ambitions “attainable in the semi-truck market,” the broker worries whether they can be delivered in time. Wedbush also pointed to up-and-running electric truck projects at Tesla and Daimler AG, with Tesla’s latest advances in the cost of batteries a potential game-changer in the contest between this more-established technology and fuel cells.