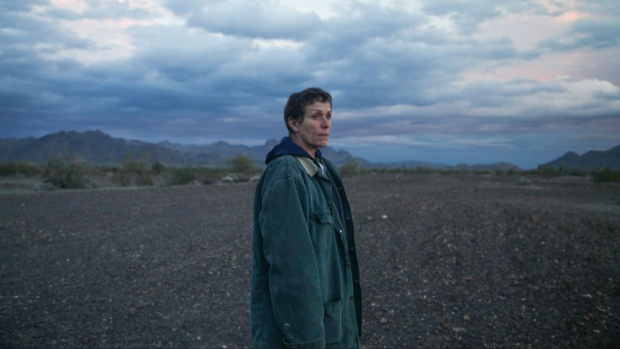 Frances McDormand in Nomadland (2020) circa Nomadland via IMDB page

“Nomadland” directed by Chloe Zhao won the Toronto International Film Festival People’s Choice Award, setting it up as a potential frontrunner in the upcoming Oscars.

It’s the second honor claimed this month by Zhao’s drama about a woman’s journey through the American West after being wiped out in the Great Recession. “Nomadland” won the top prize at the Venice international film festival on Sept. 12.

The Toronto award has often been a sign of those films set to do well at Hollywood’s highest honors, the Academy Awards. In recent years, TIFF’s People’s Choice winners that have gone on to win the Best Picture prize at the Oscars have included “12 Years a Slave,” “Slumdog Millionaire,” and “The King’s Speech.”

First runner up for the TIFF People’s Choice award was Regina King’s “One Night in Miami” and second runner up was “Beans” directed by Tracey Deer, the film festival said Sunday in a statement.