The retailer reiterated its full-year forecasts despite beating analyst estimates for sales and profit in the third quarter ended Oct. 29, suggesting tough months ahead. Disappointing margins were blamed on a higher rate of promotions and the company said it expects the magnitude of markdowns to be the same this quarter.

The shares fell as much as 9.9per cent in New York on Wednesday. 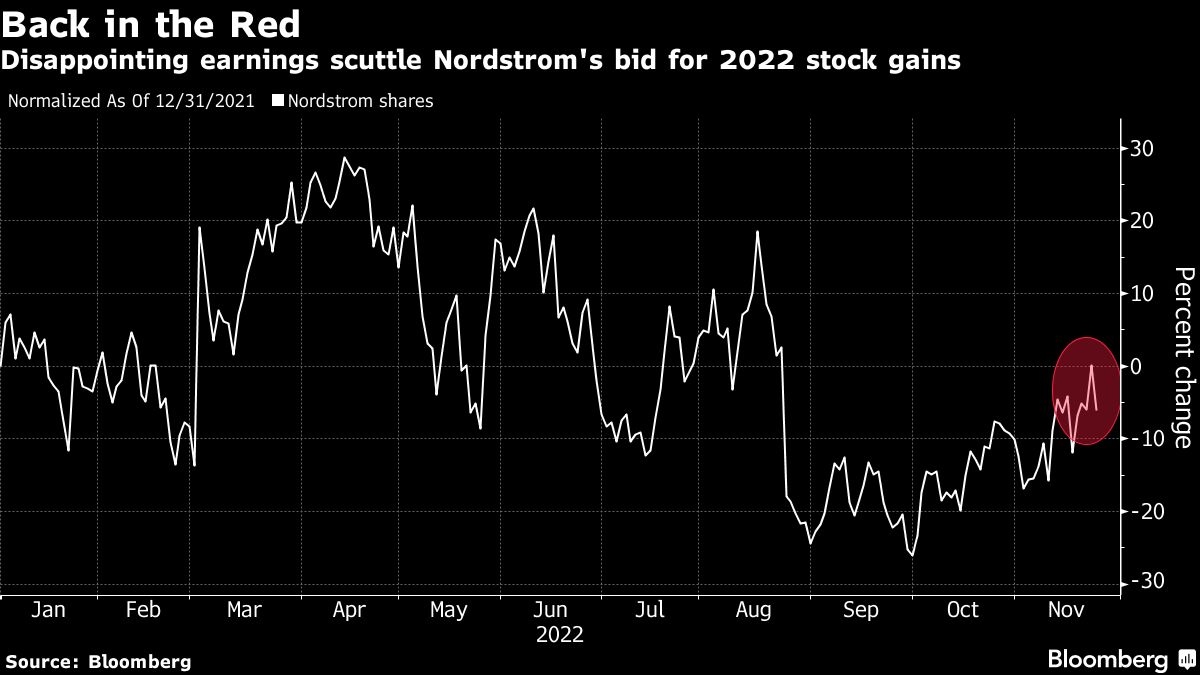 The wave of discounts is a result of bloated merchandise stockpiles across the industry and attempts to win back shoppers who are spending more of their budgets on higher-priced food, gas and housing.

Wall Street analysts said it will be a stretch for Nordstrom to meet its full-year guidance amid inventory challenges and the weakening U.S. economy.

Jay Sole of UBS Securities said in a research note that he expects more discounting from retailers this quarter around the key holiday shopping season and Nordstrom will also have to promote more as a result.

Nordstrom said it has cut costs and shifted its merchandise lineup to reflect the current trends.

“When customer demand decelerated in late June, we took action to align inventory and expenses with the changing trends, which has prepared us to navigate the current macroeconomic environment,” Chief Executive Officer Erik Nordstrom said in a statement.