Oil rallied to the highest since mid-November, capping off its second straight week of gains on optimism over increased demand from China.

West Texas Intermediate rose to settle above US$81 a barrel, posting a 1.8 per cent weekly gain. Bolstering crude this week were forecasts for record consumption in China, a buying spree from the country’s largest oil trader and increased crude imports ahead of the Lunar New Year.

The end of China’s COVID-Zero policies has outweighed the concerns about a potential global economic slowdown that sent crude prices down 10 per cent in the opening week of the year. Yet those recession fears haven’t completely abated. The prospects for further interest-rate hikes from the Federal Reserve caused some traders to shy away from risky assets such as equities and crude, restraining this week’s rally. 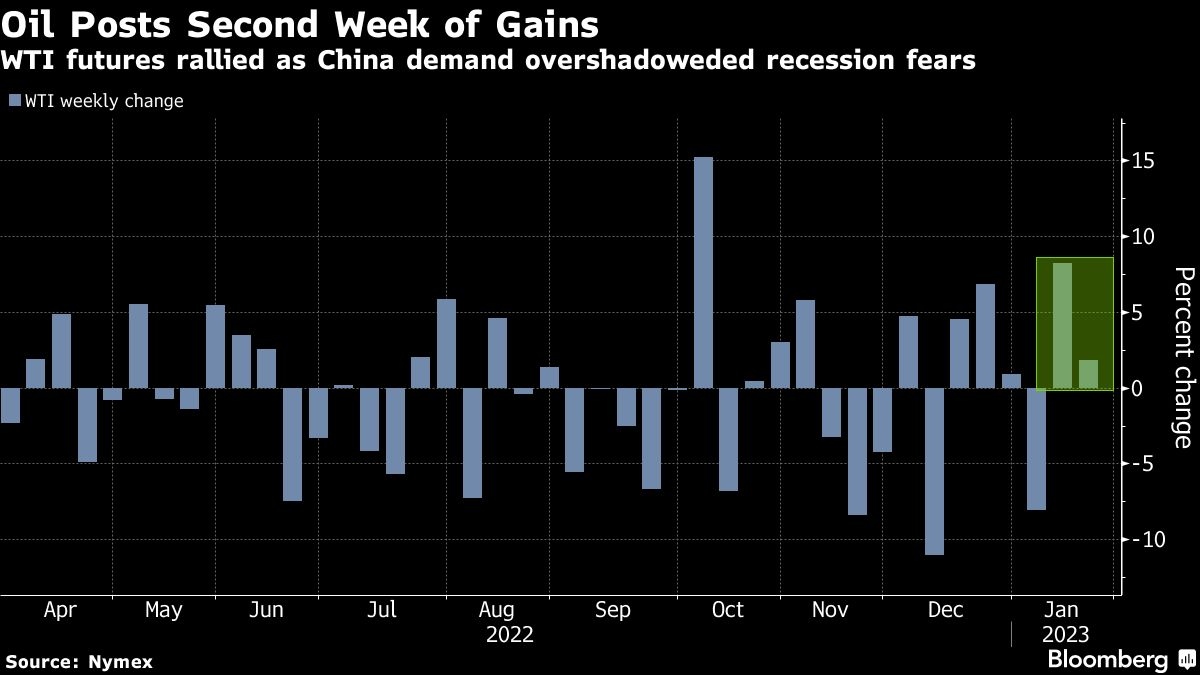 In coming weeks, markets will closely eye the effects of the EU’s sanctions on Russian refined products, implemented Feb. 5. The ban follows a similar price cap on crude shipments introduced last year. Meanwhile, European countries have pushed to lower the crude price cap on Moscow even further, but the Biden administration said it was inclined to oppose the move.