Oil declined amid Russia’s plans to boost upcoming overseas oil sales and as the dollar rallied.

Futures in New York ended the session nearly 1 per cent lower on Friday. Russia will increase its oil exports 3 per cent in the fourth quarter, according to Interfax. Meanwhile, gains in the U.S. dollar reduced investor interest in commodities priced in the currency. 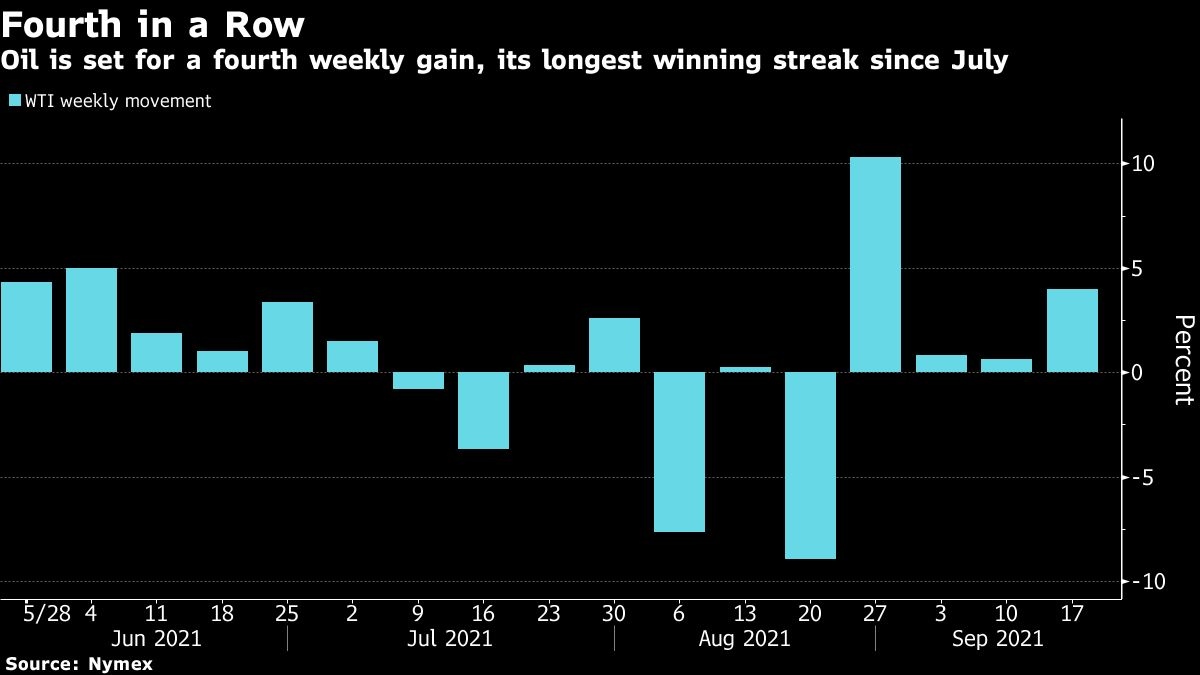 Despite weaker prices on Friday, U.S. benchmark crude futures gained more than 3 per cent this week due to tightening supplies. In the U.S., crude inventories tumbled to the lowest level since 2019 and fuel supplies also fell, according to government data this week. Investors have been tracking strong rallies in other energy commodities as well, especially natural gas, which has surged by about 45 per cent so far this quarter and spurred the prospect of fuel switching.

But as prices climb there are increasing signs governments are growing uneasy with the knock-on effects. U.S. President Joe Biden said Thursday that his administration is looking into high gasoline prices, while China said this week that it will sell oil from its strategic reserve.

Growing supply tightness has made crude markets more backwardated, bullish pattern with near-dated prices more expensive than those further out. Meanwhile, products like propane that are used in heating and rally seasonally in the winter are trading at multiyear highs as natural gas prices surge.

“Fundamentals have gotten better and as long as they continue to improve, oil prices will rise,” said Peter McNally, global head of industrials, materials and energy at Third Bridge. “We have not hit a ceiling yet.”

With the focus on high energy prices across Europe, the International Energy Agency’s Executive Director Fatih Birol said gas prices could remain high for weeks to come on strong demand. He also said he would be surprised to see oil above US$100 a barrel, despite a strong rebound in demand this year.