Oil and gas equities are defying the broader stock market in a way investors haven’t seen in two decades.

The correlation between the S&P 500 Energy Index and the broader S&P 500 has gone negative for the first time since 2001, fueled by a combination of rising oil prices and a selloff in the tech sector. The energy index has climbed 39 per cent this year while the broader index has fallen 6 per cent and the S&P 500 Information Technology Index is down 10 per cent. Analysts say the divergence has historically preceded recessions. 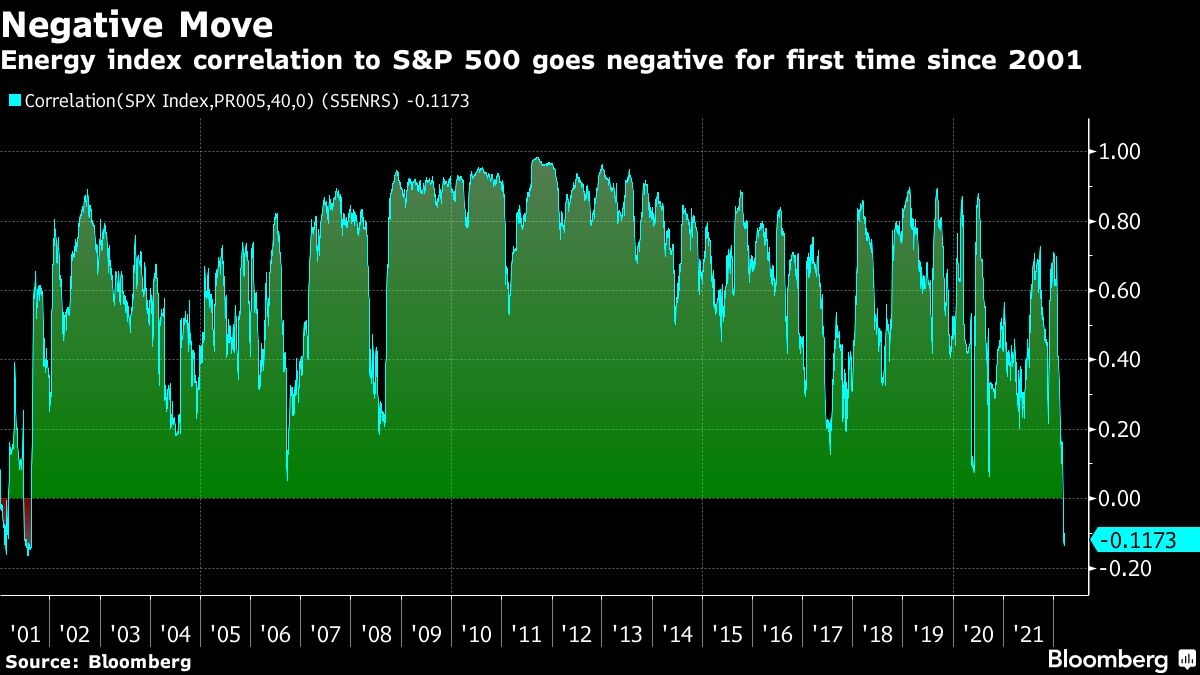 “With oil prices going as high as they have, that’s going to be positive for energy stocks and negative for the rest of the overall economy,” Commodity Context founder Rory Johnston said in an interview. The last time correlation between oil and gas stocks and the broader market diverged this much, the Dotcom bubble burst, he said.

Correlation between energy and the broader market has been falling since the start of the year, but Johnston said the “phenomenon went into overdrive” since Russia invaded Ukraine at the end of February and sent oil prices above US$100 a barrel while introducing new geopolitical risk into the stock market.

The phenomenon also poses risks for investors when that correlation reverts to its historically positive relationship, particularly if higher energy prices spur inflation and then a recession.

“The relationship will normalize again, most likely on the downside,” Stifel Nicolaus analyst James Hodgins said. “For energy prices to fall significantly, we could be talking about a recessionary type situation in which case the S&P 500 would also likely fall significantly and therefore the correlation would come into positive territory again.”