U.S. crude futures topped US$80 a barrel for the first time since November 2014 as a global energy crisis boosts demand at a time when OPEC+ producers are keeping supplies tight.

Futures in New York rose 1.3 per cent on Friday, popping above the key, psychological level before pulling back. This week brought many indications that supplies will remain constrained: Saudi Aramco said a global natural gas shortage was already boosting oil demand for power generation and heating, and the U.S. Energy Department said that it had no plans “at this time” to tap the nation’s oil reserves.

A weakening of the dollar on the back of worse-than-expected U.S. labor market data on Friday also boosted the appeal of commodities priced in the currency. 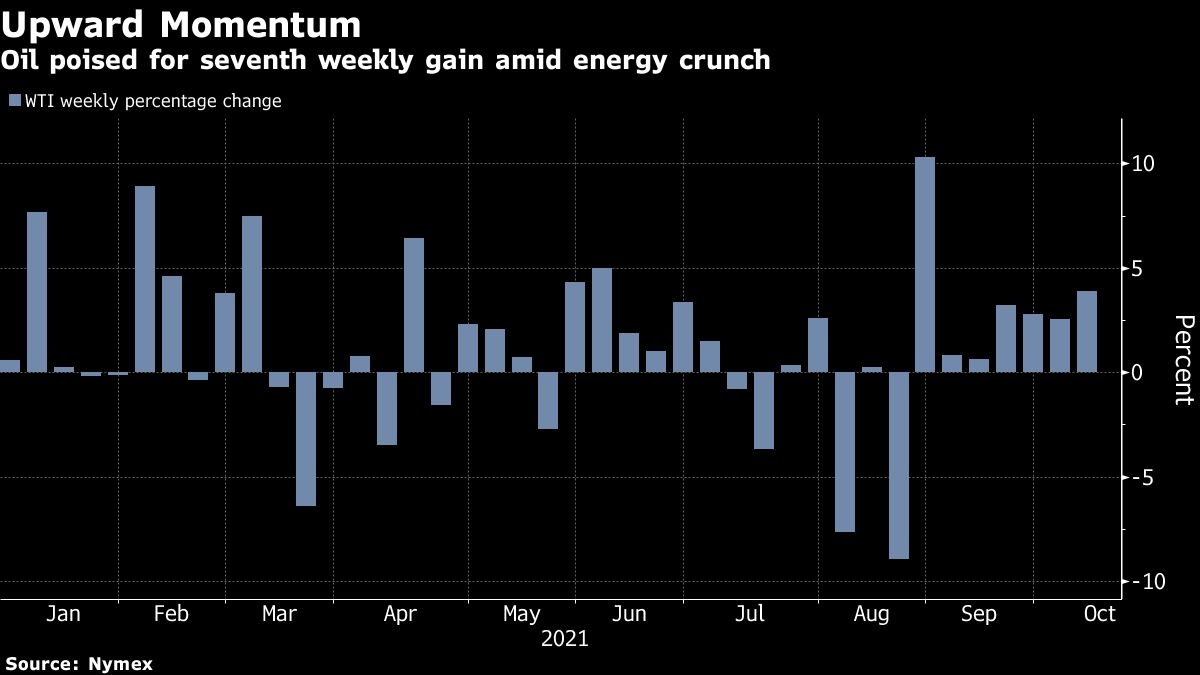 The U.S. benchmark posted a seventh straight weekly gain, the longest stretch of advances since December. The economic recovery from the pandemic, along with supply disruptions in the U.S. Gulf of Mexico, had already tightened the market before rising natural gas prices spurred additional demand for oil products like diesel and fuel oil. The decision by OPEC producers and their allies to only modestly increase output in November threatens to further constrain supplies.

Meanwhile, various underlying oil market gauges are also showing signs of strength. West Texas Intermediate crude’s nearest contract traded at the biggest premium to second-month futures since August in a sign of rising demand and tight supplies. The so-called prompt spread has increased as more of the world attempts to substitute fuel oil for natural gas as quickly as possible.

“They don’t need to buy it a month from now, they needed it yesterday,” said Bob Yawger, director of the futures division at Mizuho Securities USA. “It’s a panic buyer’s situation.” 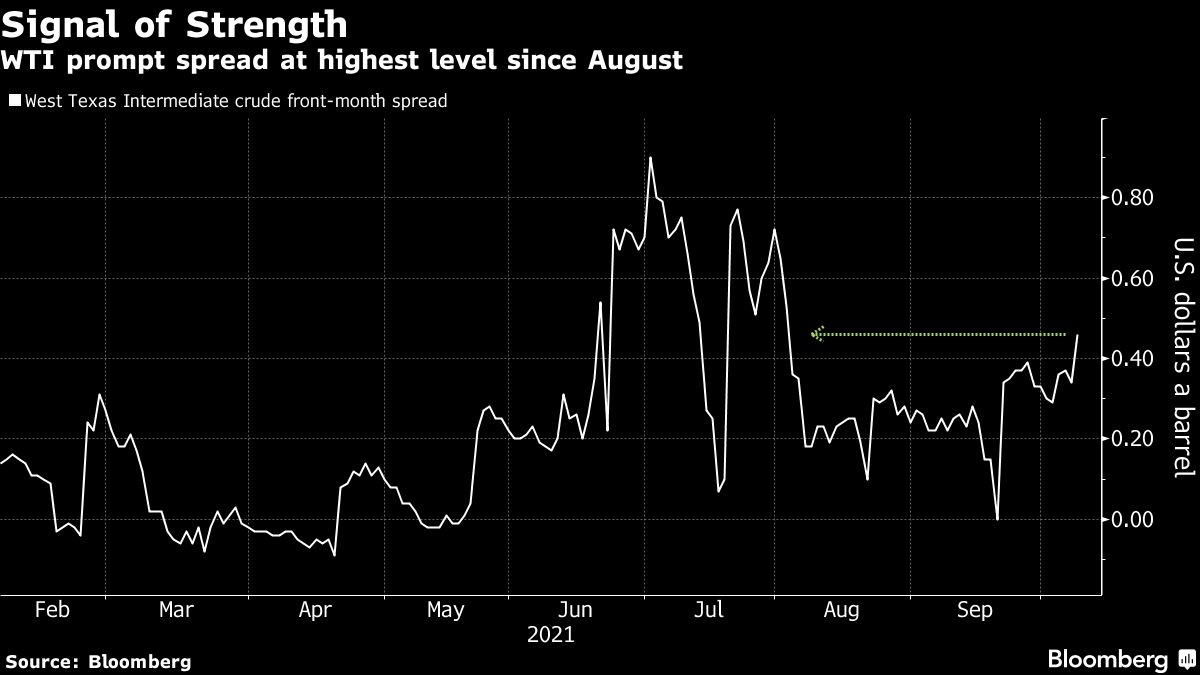