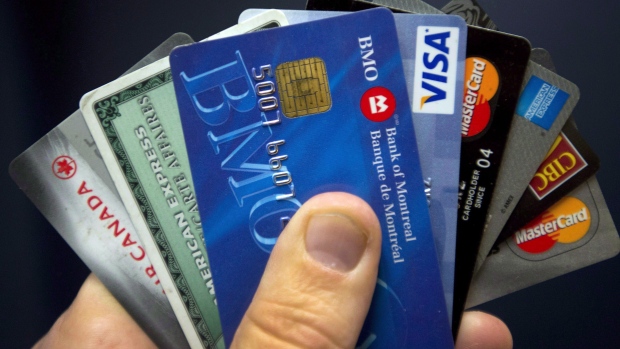 TORONTO -- Rising interest rates could have a "significant" impact on Ontario's economy as the already ballooning household debt is projected to continue to grow, warns the province's fiscal watchdog.

West said that the change in consumer spending would slow the economy and could impact government revenues as a result.

"Consumer spending is one of the main drivers of the Ontario economy," he said. "Going forward in our forecasts we anticipate consumer spending will slow to 1.8 per cent growth by 2021. It will steadily ramp down."

The report attributes the growth in household debt primarily to residential mortgages.

West said the FAO has been raising the issue of household debt and financial vulnerability in its reports for some time.

"A sharper than expected rise in interest rates would increase these payments even further and force households to scale back," he said. "This could have significant negative implications for the economy and ... that will, of course, have an impact on the government's fiscal position."

A spokeswoman for Finance Minister Charles Sousa, said the FAO report demonstrates that not everyone in the province is benefiting from the province's growth and added that it makes policy changes like the increase in minimum wage necessary. Ontario raised its minimum wage to $14 per hour on Jan. 1 from $11.60 and plans to increase it to $15 in 2019.

"The Liberals under (Premier) Kathleen Wynne have made life more unaffordable by driving up the cost of everything, including higher taxes and fees and skyrocketing hydro costs," Fedeli said in a statement. "Families are borrowing more than ever to make ends meet."