Ontario’s new public fund manager is revamping its real estate portfolio, cutting its exposure to retail property, after suffering a 12.1 per cent loss on those holdings last year.

Investment Management Corp. of Ontario, the pension manager for government workers in the Canadian province, posted an overall gain of 5.4 per cent for 2020. Real estate losses were offset by strong returns from credit and stocks.

IMCO, which manages $73.3 billion, was created less than five years ago to consolidate several public sector funds under one manager. It’s still in the process of building its investment team and diversifying the assets it inherited.

The $10.2 billion real estate group is one example: It’s 79 per cent office and retail space, which performed poorly because of the pandemic. “We have a portfolio that’s, unfortunately, underweight logistics and multi-residential,” IMCO Chief Executive Officer Bert Clark said in an interview. 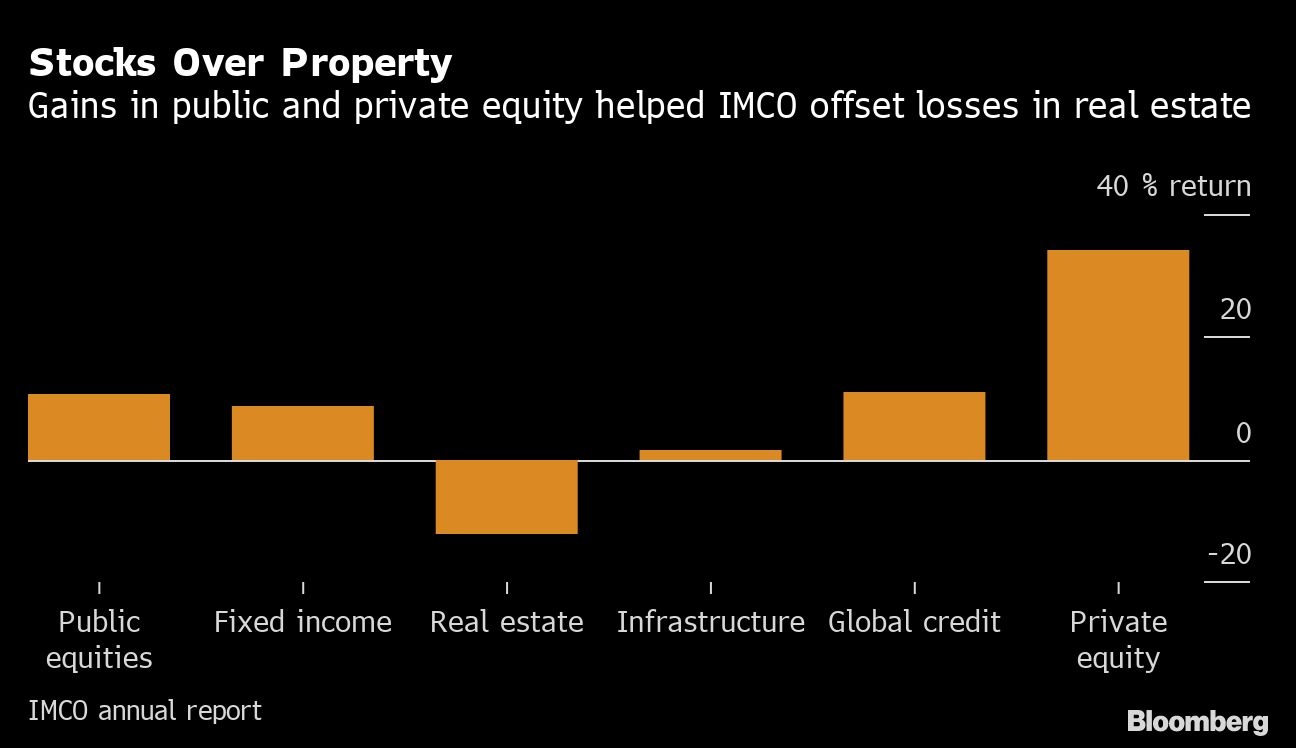 Rebalancing those holdings “is going to take time and a lot of hard work,” Clark said. “There are assets that we’re going to have to sweat.” IMCO has struck deals with firms including KingSett Capital Inc. and Dermody Properties LLC to invest in apartments and industrial properties.

IMCO is also planning to increase its exposure to global credit, which represents just 6 per cent of assets as of Dec. 31. That won’t necessarily come at the expense of government bond holdings, Clark said.

Another bright spot for the fund was its ability to push cash into stocks after markets plunged in February and March last year, he said. The fund earned 10.7 per cent on public equities, more than double the total return of the S&P/TSX Composite Index.

“You can’t be a long-term investor if you don’t have your eye on liquidity,” Clark said. “In those dips you won’t be forced to sell, and in an ideal world you can actually be a buyer.”