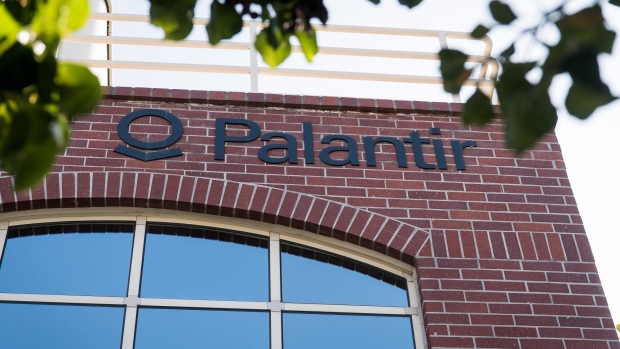 The New York Stock Exchange has set a reference price of US$7.25 for the direct listing of Palantir Technologies Inc., the data mining company co-founded by technology billionaire Peter Thiel.

No shares change hands at the reference price, though it acts as a guide to investors and is determined based on recent secondary trading performance. At US$7.25 a share, Palantir would have a market value of about US$16 billion on a fully diluted basis. The reference price doesn’t dictate where the shares will start trading and at what Palantir’s actual valuation will be.

That’s less than the US$20.8 billion to US$28.2 billion that some analysts had estimated, according to research notes.

Palantir, which won’t raise any proceeds, will begin trading on Wednesday alongside workplace management software firm Asana Inc., which is also set to debut through a direct listing.

Palantir and Asana are the third and fourth major companies to go public via a direct listing, following Spotify Technology SA in 2018 and Slack Technologies Inc. last year.

For both Spotify and Slack, the share price at the opening bell exceeded the reference price. Spotify’s reference price was US$132 and its shares opened at US$165.90. Similarly, Slack began trading at US$38.50 after being assigned a reference price of US$26.

Palantir’s shares are set to trade starting Wednesday under the symbol PLTR. Unlike a traditional IPO, banks don’t underwrite direct listings. They do act as advisers though, with Morgan Stanley working on both Palantir’s and Asana’s trading debuts. Palantir is also being advised by Credit Suisse Group AG and Jefferies Financial Group Inc.