Familial gifting of down payments for first-time homebuyers is causing an impact on the housing market: Economist

As home prices surge to new heights, data from CIBC show parents are giving more and more money to their children so they can buy their first home.

Benjamin Tal, CIBC’s deputy chief economist, estimates that among the nearly one-third of first-time home buyers who turn to the so-called Bank of Mom and Dad, a record $82,000 is currently being gifted on average, compared with $52,000 in 2015.

Tal also said that number is higher in the country’s red hot markets – with the average gift topping $130,000 for Toronto families and $180,000 for those in Vancouver. 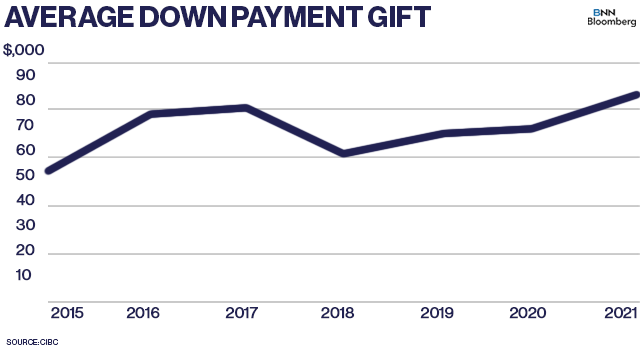 “No less than two-thirds of first-time buyers that received a gift indicated that the gift was the primary source of their down payment,” Tal wrote in a report for clients Monday.

While this is not a new phenomenon, Tal said the share of first-time homebuyers who received a financial gift rose to nearly 30 per cent over the past year – a roughly 10 percentage point jump from 2015. 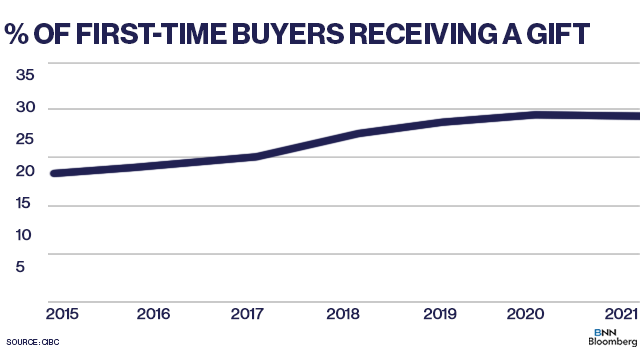 The Canadian Real Estate Association shows national home sales rose 0.9 per cent in September from the previous month, as inventory remained constrained, while the MLS Home Price Index showed the benchmark price of a home hit $750,400 in the month.

First-time homebuyers are not the only ones tapping into their parents’ wealth; “mover-uppers” – meaning those who are already homeowners and are buying a larger house - are also getting help from their parents, though that trend is on the decline, according to Tal.

“Overall we estimate that over the past year, gifting amounted to just over $10 billion, accounting for 10 per cent of total down payments in the market as a whole during that period,” Tal said.

As for how parents are coming up with the money, Tal said there’s little evidence to suggest parents are taking on more debt.

“Therefore, it seems that a large portion of the gifting comes from parents’ savings, which of course grew notably during the pandemic—allowing for the increases in the size of the average gift,” he said.

BNN BLOOMBERG POLL: If you’re a parent, would you/have you helped your child with a down payment on a home?