Labour shortages may be fueling unaffordability in the housing market

Canada posted its first nationwide home sales increase in six months as the end of summer vacations and a steadily improving economy boosted the market.

National home sales rose 0.9 per cent in September from the month before, the first monthly increase in transactions since March as benchmark home prices rose 1.7 per cent, according to data released Friday by the Canadian Real Estate Association. Even as sales picked up, however, the amount of new housing supply hitting the market fell 1.6 per cent, putting a slim majority of local markets back into sellers’ territory, according to the report.

“Given we are still stuck at around two months of inventory nationally, the thing to keep a close eye on going forward will be the behavior of prices,” Shaun Cathcart, the real estate board’s senior economist, said in a press release accompanying the report. “While the acceleration in home prices we saw in September was more than most would have expected, the fact that prices are now moving back in that direction is not surprising.” 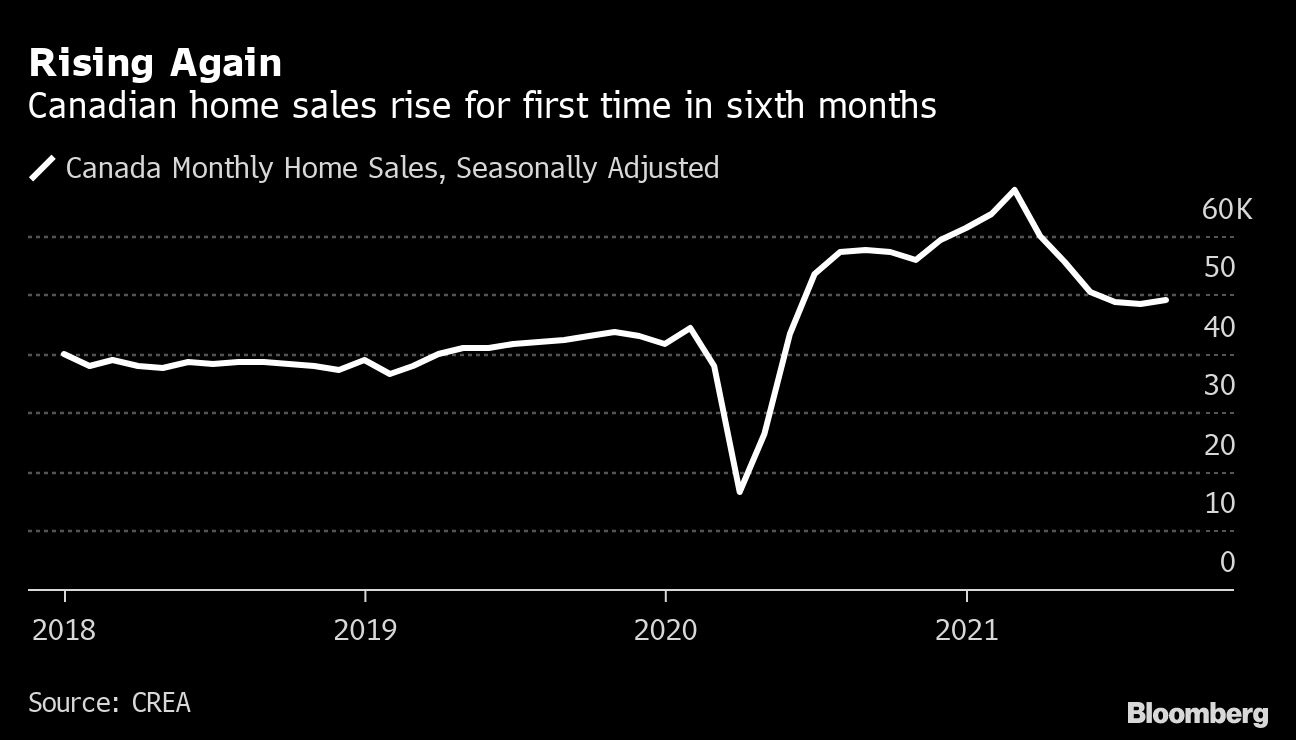 Though the housing market has cooled since the low interest rates and demand for bigger living space induced by the pandemic drove it to a record-setting frenzy earlier this year, prices have remained elevated and helped make housing affordability an issue across the country. With the relative lull in the market coming to an end, the upward pressure on prices may accelerate again -- posing a challenge to Prime Minister Justin Trudeau, who was returned to power in an election last month in part on promises to help first-time buyers.

An increasing vaccination rate has meanwhile sped Canada’s economic recovery. Last month saw the country add 157,000 jobs, fully recouping all the losses brought on by the COVID-19 pandemic and sending the unemployment rate down to 6.9 per cent.

For the housing market, the improving economy could only make things tighter. Canada’s proportion of sales to new listings rose to 75 per cent in September, up from 73 per cent in the previous month. Economists consider a figure between 40 per cent and 60 per cent representative of a balanced market.