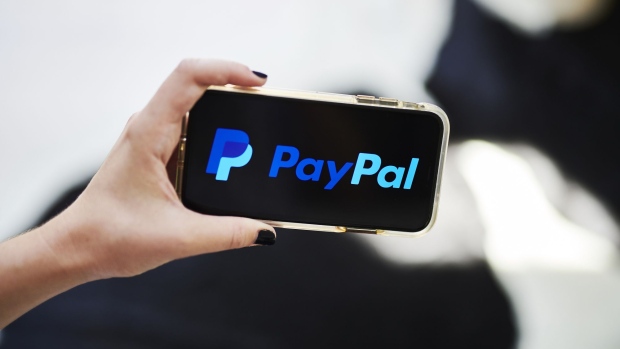 (Bloomberg) -- PayPal Holdings Inc. dropped after it said it’s facing probes from both the U.S. Securities and Exchange Commission and the Consumer Financial Protection Bureau.

The SEC is investigating whether the swipe fees paid to the banks that issue PayPal’s debit cards are consistent with Federal Reserve guidelines, the San Jose, California-based company said Thursday in a quarterly regulatory filing. The agency is also investigating how PayPal reports marketing fees earned from its branded-card program.

PayPal has responded to subpoenas and requests for information it received from the SEC’s enforcement division and is cooperating with the investigation, according to the filing.

Separately, PayPal said it received a civil investigative demand from the CFPB in connection to the marketing and use of PayPal Credit in connection with merchants that provide educational services. The regulator asked PayPal to produce documents, written reports and answers to written questions. The company said it is cooperating.

The SEC’s investigation into debit-card interchange rates -- or the fees merchants pay banks each time a consumer swipes a card -- is centered on the Fed’s Regulation II, according to the filing. That regulation requires banks to put two unaffiliated networks on every debit card they issue; retailers are then supposed to have the ability to choose which network handles a transaction.

The smallest U.S. banks -- or those with under $10 billion in assets -- are exempt from the regulation. That drew criticism from bigger banks, which have argued that tech players will partner with small community lenders to reap the bigger fees and get an unfair advantage.

“There are examples of unfair competition which we will do something about eventually, people who make a lot more on debit because they operate under certain things, the only reason they can compete is because of that,” JPMorgan Chase & Co. Chief Executive Officer Jamie Dimon warned in January. “You can expect that there will be other battles that take place here.”

The Federal Reserve is already weighing changes to its rules governing debit cards. The central bank in May asked for public comment on an amendment that would require banks to make sure two payment networks are available for online purchases.