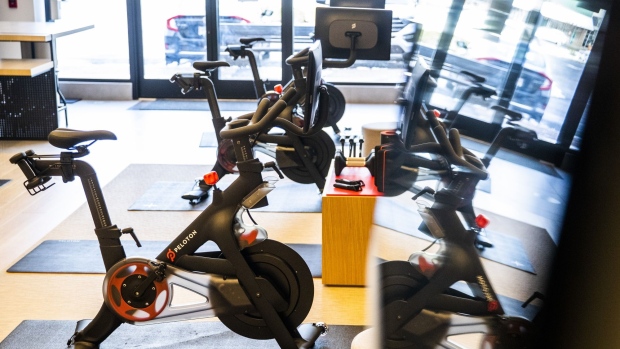 (Bloomberg) -- Peloton Interactive Inc. vowed to cut costs at the fitness company and gave an early look at its quarterly results, which came in just short of analysts’ estimates.

“We are taking significant corrective actions to improve our profitability outlook and optimize our costs across the company,” Chief Executive Officer John Foley said in a statement Thursday. “This includes gross margin improvements, moving to a more variable cost structure, and identifying reductions in our operating expenses as we build a more focused Peloton moving forward.”

The remarks accompanied a preliminary report of $1.14 billion in sales during the fiscal second quarter, which ended on Dec. 31. Analysts had estimated $1.16 billion. The company ended the period with 2.77 million connected fitness subscribers, just below the 2.81 million prediction.

Foley said he would share more information on the cost-cutting plan when Peloton gives its formal earnings report on Feb. 8. “This work is still underway,” he said.

The statement follows a report from CNBC earlier Thursday that the company is temporarily halting manufacturing of bikes and treadmills. Production of Peloton’s main stationary bikes will be paused for two months, CNBC reported, citing internal documents. And the company will stop making its treadmill machine for six weeks, starting in February.