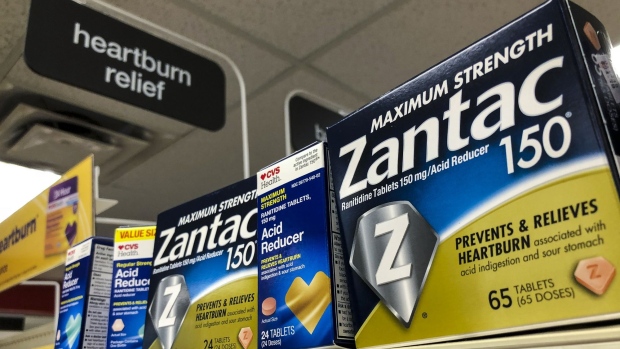 Even as drug companies insist the product and its generic versions are safe, they’re simultaneously looking to unload as much legal risk as possible onto rivals.

Pharma giants GSK Plc, Sanofi, Pfizer Inc., Boehringer Ingelheim Gmbh and consumer group Haleon Plc are all exposed to the risk that US juries could award billions of dollars in damages if they hold them accountable for cancers allegedly caused by contaminants in the once-popular antacid.

Estimates suggest the cost of this litigation could easily grow well beyond $10 billion in the years to come. Where liability sits will determine whether some companies pay out billions or next to nothing.

“There are already a number of indemnification disputes brewing which will determine who will bear the brunt of ultimate damages,” Tom Claps, a litigation analyst with Susquehanna Financial Group, said in an email.

Zantac’s long, winding history accounts for the complicated picture, with generic drugmakers, including Teva Pharmaceutical Industries Ltd. and Doctor Reddy’s, retailers and distributors increasingly likely to get pulled into the blame game too.

GSK could be the most exposed company, since it developed Zantac in the 1980s and turned it into one of the industry’s first blockbuster medicines, with sales topping $1 billion. The company therefore probably carries all of the legal risk associated with Zantac as a prescription drug, which might represent about 35% of the total liability, analysts for Barclays said in a note. Morgan Stanley analysts, meanwhile, spooked investors when they estimated GSK could face as much as $27 billion in product liability.

Prescription sales, however, are only part of the picture. In the 1990s, generic versions of Zantac came to market and the drug became available as an over-the-counter medicine. Marketing rights for this have since changed hands multiple times, typically accompanied each time by an indemnity agreement granting various forms of protection from legal action.

Pfizer, for instance, sold Zantac between 1998 and 2006 but the US pharma giant says it has “substantial indemnification claims against others, which have been acknowledged by several manufacturers in their disclosures.” The upshot, in Pfizer’s eyes at least, is that the outcome of any litigation won’t be material for the company.

In 2006, Boehringer Ingelheim picked up over-the-counter rights from Pfizer. The closely held German company then divested those rights a decade later to French drugmaker Sanofi. Boehringer Ingelheim and Sanofi are both defendants on many of the US suits. They’re currently disputing their obligations regarding Zantac in arbitration proceedings, with a decision expected by the end of this year, according to Sanofi.

Sanofi only obtained the marketing rights in 2017, meaning it has only earned a fraction of Zantac’s lifetime revenues. What’s more, Boehringer Ingelheim continued to manufacture Zantac during the time when Sanofi marketed the drug. “Potential historical brand liability was not all passed to Sanofi upon its acquisition of Zantac,” Sanofi said.

Boehringer Ingelheim declined to comment on the litigation, saying only that serving patients and their safety is the company’s top priority and it will “defend any allegations otherwise.”

Zantac was withdrawn from the market in 2019 after the US Food and Drug Administration said it appeared to produce unacceptably high levels of a cancer-causing chemical called nitrosamine when exposed to heat for as little as five days. Lawsuits concerning the product quickly appeared after that.

Boehringer Ingelheim is probably stuck with about half the risk associated with Zantac’s 24 years as an over-the-counter product, Barclays estimated. Sanofi probably assumes about 20% of that risk, in part because it should be easier for lawyers to build a case for people who used the product recently, according to Barclays.

The remaining 30% of the over-the-counter product risk, then, could fall on Haleon, the consumer healthcare unit spun out of GSK earlier this year, Barclays said. Haleon has indemnity obligations to both GSK and Pfizer. The company, which only began trading publicly in July, is thus facing the potential of having to pay for problems caused by other companies decades earlier.

“Visibility on this is highly limited,” Barclays analysts cautioned, “and we emphasize this is just one of many scenarios that could play out.”