The Bank of Canada may be underestimating the extent of the cooling in the country’s housing market as well as its knock-on effects for the consumer-driven economy, according to research firm Capital Economics.

Sales of pre-construction units in Toronto and Vancouver slowed in 2018, making it harder for developers to secure financing for their projects, said Stephen Brown, the firm’s senior economist for Canada. That in turn is likely to impact employment and consumption, which accounts for about 60 per cent of the country’s output.

“The Bank of Canada is underestimating what’s to come in regards to residential investment,” Brown said in an interview Monday in Toronto.

Capital Economics estimates that the Bank of Canada will cut rates twice this year, dropping the benchmark rate to 1.25 per cent, from 1.75 per cent. That’s far from consensus, with implied policy rates in the swaps market signaling just one rate cut over the next two years, Bloomberg data show.

The research firm expects that families will have to use a bigger portion of their income to bolster savings because home equity will be constrained by muted price gains. 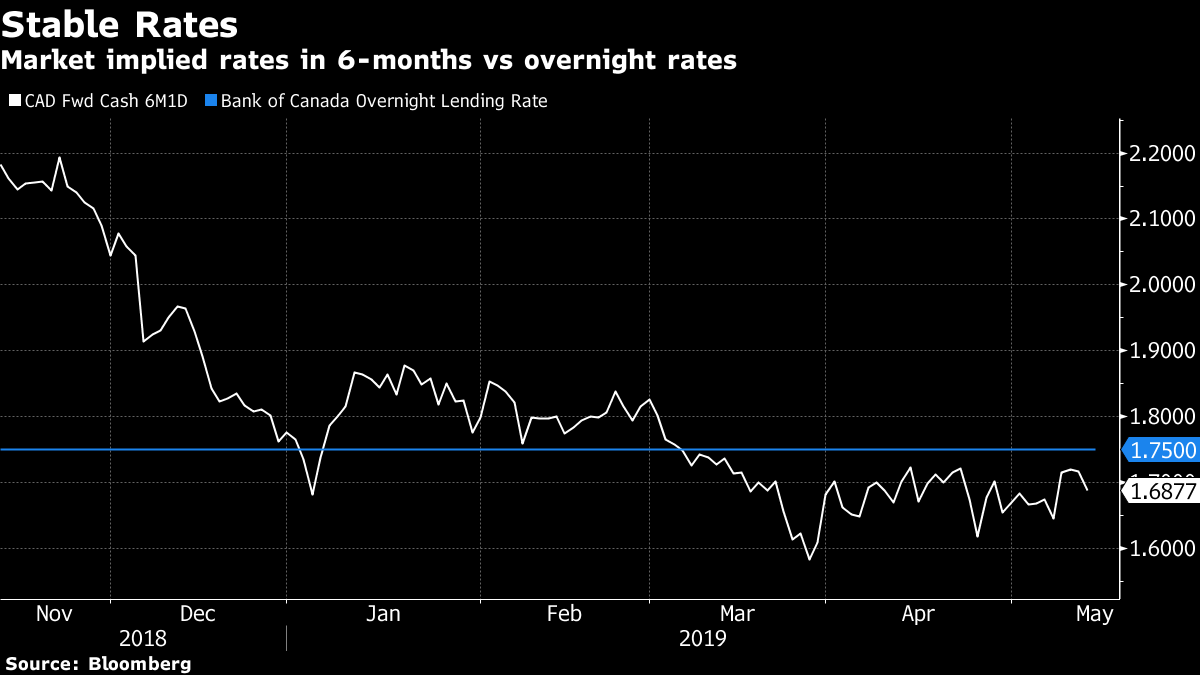 New home sales in Toronto declined at the start of the last year and remained flat since then, averaging 25,530 units per month, compared with a monthly average of 46,841 units in 2017, according to data from real estate consultant Altus Group. The housing starts adjustment is just beginning, with monthly averages since January 2018 at 39,301 units, compared with 39,703 units on average in 2017, according to data compiled by Capital Economics based on Statistics Canada data.

“Condo developers have to sell about 70 per cent of the units in their condo before they start construction, in order to secure financing,” Brown said. “So the current housing starts represent homes that were actually sold, as pre-construction units, around 18 months ago.”

He added that a similar trend is playing out in Vancouver.

“It’s a niche data that not many are looking at it,” he said.