Canadian homeowners set to renew their mortgages this year can rest a little easier about having to pay higher rates.

Rates to renew a five-year mortgage aren’t much higher than they were when the mortgages were taken out, according to National Bank research. That means “no payment shock” for the 17.4 per cent of mortgages renewing in 2019, Matthieu Arseneau, deputy chief economist at the Montreal-based bank, said by phone.

Financial conditions have eased since January to the point where the renewal rate for five-year mortgages is barely above the current 3 per cent “effective,” or average, rate for all mortgages coming due this year, he said. Back in January, Arseneau estimated there would be a 70- to 90-basis-point payment shock for mortgage renewals.

A drop in government bond yields and lower funding costs for financial institutions have led to a decline in rates to about 3.1 per cent for insured mortgages and 3.2 per cent for uninsured, Arseneau said. The lower rates along with a stellar jobs market means “we can expect a rebound in consumption,” after a weak reading in the fourth quarter, he said. 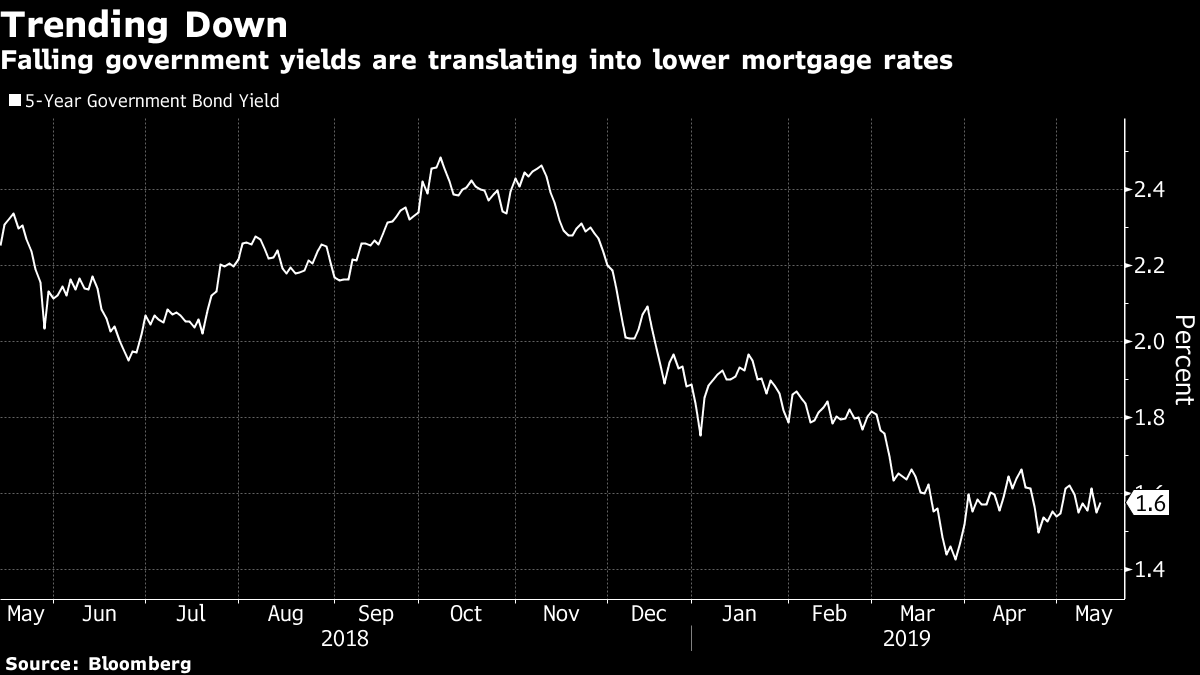 National Bank’s estimates jive with those from Bank of Canada Governor Stephen Poloz, who said in a speech this month mortgage payments didn’t rise for most borrowers who recently renewed a five-year, fixed rate mortgage, in spite of interest rate increases from the central bank and tougher eligibility criteria for home loans.