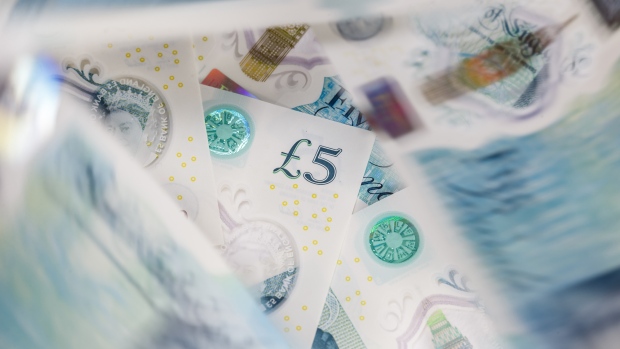 A collection of British five pound sterling banknotes sit in this arranged photograph in London, U.K., on Thursday, Oct. 13, 2016. , Bloomberg

Pound traders are more upbeat on the outlook for Brexit as the government and opposition Labour party hold a crunch meeting to try and reach a deal.

One-week risk reversals on the pound-dollar pair, a measure of market positioning, signal investors are the most optimistic on the pound in almost five months. There is only around a one-in-three chance of the talks between Labour and the ruling Conservatives ending in success, according to strategists at MUFG and Mizuho Bank Ltd., but if they do, the pound will get a boost.

“Market participants have been skeptical over the prospect of a cross-party deal,” said Lee Hardman, a strategist at MUFG. “The pound could strengthen by a further 2 per cent to 4 per cent if a compromise deal is reached and it is passed through Parliament.”

The Conservatives and Labour have been in discussions for more than a month, but the poor performance of both political parties in local elections last week has increased expectations that they may strike a deal. If the negotiations fail, the chances of a general election or a second referendum may increase.

The U.K. currency held little changed at US$1.3092 as of 11:12 a.m. London time. One-week pound-dollar risk reversals traded at 52 basis points in favor of calls, after earlier touching 65 basis points, the highest since January 15. 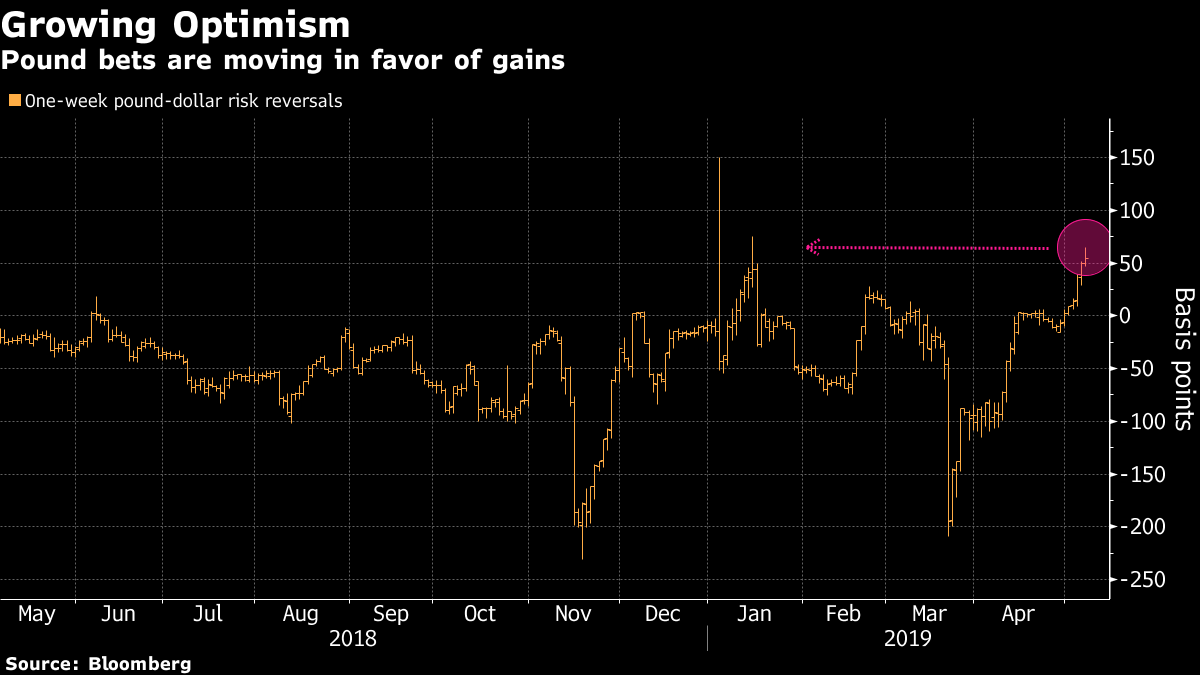