Federal Reserve Chair Jerome Powell says he wants to see a recovery that reaches all corners of the labor market before the U.S. central bank begins raising interest rates. The numbers in Friday’s jobs report suggest the economy didn’t make much progress toward that goal in April.

The U.S. central bank announced last year an overhaul of its monetary policy strategy, a move which included changing the way it defines its congressionally-mandated goal of maximum employment to be “broad-based and inclusive.”

Here’s a look at how a few of the indicators Powell has said he’s watching to judge progress toward the new objective fared last month, according to Labor Department figures published Friday.

The unemployment rate for Black Americans rose in April to 9.7per cent. 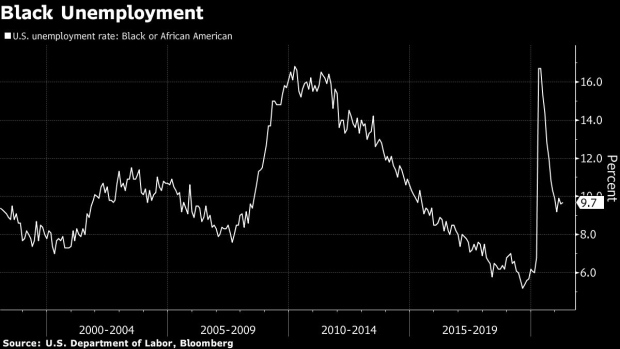 Powell has cited a wage-growth indicator compiled by the Atlanta Fed which measures earnings trends for the bottom 25per cent of American workers by wage level. Median wage growth for that group ticked up to 4.3per cent on average in the 12 months through March (the latest month for which data are available). That compares with 3.5per cent for the entire workforce.

Friday’s report showed tentative signs of firming wages in low-paid jobs, too. Average hourly earnings in the leisure and hospitality sector jumped 1.7per cent as 331,000 workers returned to payrolls there, bringing pay back to roughly in line with the pre-pandemic trend. 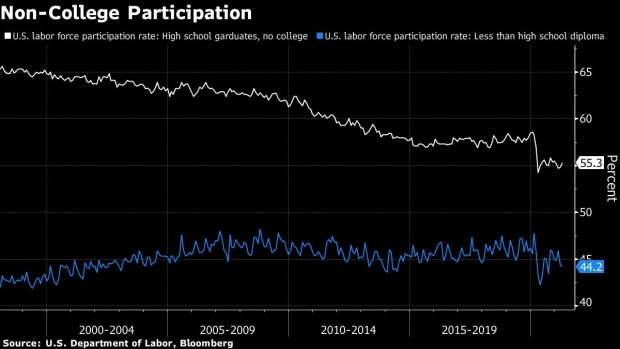 Participation among those 25 years and older without high school diplomas, meanwhile, slid to 44.2per cent.