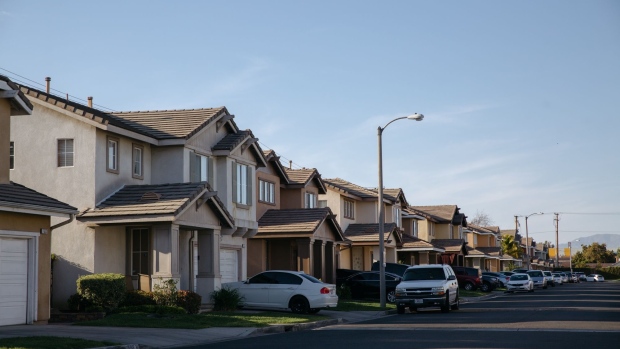 Vehicles parked outside homes in Huntington Park, California, U.S., on Wednesday, March 24, 2021. The U.S. economy is on a multi-speed track as minorities in some cities find themselves left behind by the overall boom in hiring, according to a Bloomberg analysis of about a dozen metro areas. Photographer: Jessica Pons/Bloomberg , Bloomberg

Investors that scooped up cheap properties following the 2008 financial crisis are renting them out at unfair prices and neglecting residents and the communities they live in, according to Sherrod Brown, chair of the Senate Banking Committee.

“Private equity is all about the quick buck – everyone else be damned,” Brown said at a hearing Thursday. “Private equity profits depend on squeezing every last nickel from workers and renters, without any kind of real investment in their employers or their communities.”

This week’s hearing on private equity’s role in the housing market is the latest effort by Democrats like Brown and Elizabeth Warren to clamp down on alternative-investment firms, which the lawmakers say often profit at the expense of vulnerable Americans. Earlier this week, Warren reintroduced a bill that would require companies to disclosure more about their fees and performance, though the legislation faces long odds in a closely divided Congress. Pat Toomey, the top Republican on the panel, defended private investments in real estate.

“There’s nothing wrong with investors putting their own money to work to meet the needs of renters,” Toomey said.

The Pennsylvania lawmaker also said that he opposes increasing the government’s role in homeownership.

“Private ownership is vastly preferable to the state,” Toomey said. “That’s the American dream after all.”