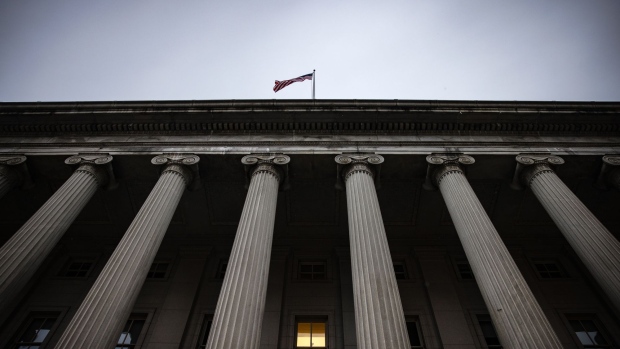 (Bloomberg) -- Progressive groups are campaigning for the Financial Stability Oversight Council to have its full authority restored after the Trump administration largely disarmed one of the government’s greatest powers to rein in risk-taking.

Trump-era guidance in 2019 sidelined the ability of the council to designate individual nonbank financial firms as so large, complex and interconnected that their failure would threaten the wider system. Americans for Financial Reform asked Treasury Secretary Janet Yellen to repeal that change.

The group sent a letter this week calling for the guidance to be erased, which would reverse the industry’s lobbying victory and again subject it to one of the most potent tools established by the 2010 Dodd-Frank Act.

“Secretary Yellen, knowing the dangers of the 2019 rules, should act not only to repeal these rules, but to rebuild FSOC,” said Renita Marcellin, a senior policy analyst at Washington-based AFR. In its letter, the coalition of consumer, civil-rights and labor groups noted Yellen’s own criticism of the previous regulators’ move.

As originally established, the FSOC’s tool to affix a systemic-risk label on a specific company -- subjecting it to heightened Fed oversight -- was the bane of Wall Street, even though its use was limited. In 2019, then President Donald Trump’s appointees on the council argued that the power was too great, and sidelined it in favor of a system in which the FSOC would favor designating certain financial activities, rather than individual firms, as systemically hazardous.

This week’s letter to Yellen, who acts as the council’s chair, also suggested applying “a racial equity and economic justice lens” to FSOC decisions.