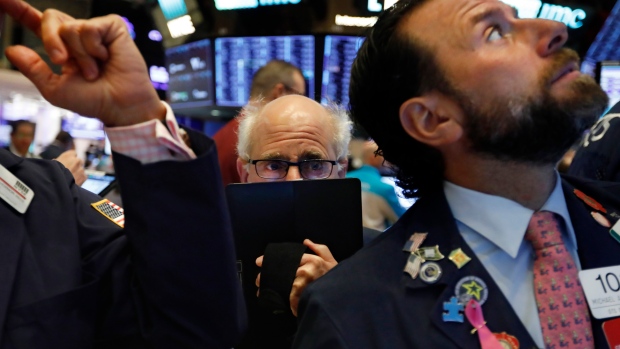 Bearish bets on stock volatility are close to a record high, raising investor concern that the market is ripe for turmoil. There’s a more benign explanation.

Futures linked to the measure of S&P 500’s implied volatility, known as the “fear gauge,” tend to move inversely to equities. The net non-commercial position — long contracts outstanding less short positions — sank to minus 187,948 last week, its lowest level ever.

If speculators are net short, somebody else must be net long. And some of the exchange-traded products used by retail investors are reflecting exactly that. Shares outstanding in three such offerings (VXX, UVXY and TVIX) are all at record highs. The iPath Series B S&P 500 VIX short-term futures ETN (VXX) is the second itinerant of this note, and was launched in 2018.

“Retail builds up a big position and that’s reflected in the term structure. Speculators have the other side,” said Benn Eifert, chief investment officer at QVR Advisors. “It’s the wrong interpretation to say a big speculative VIX net-short position necessarily means it’s a good time to be long.” 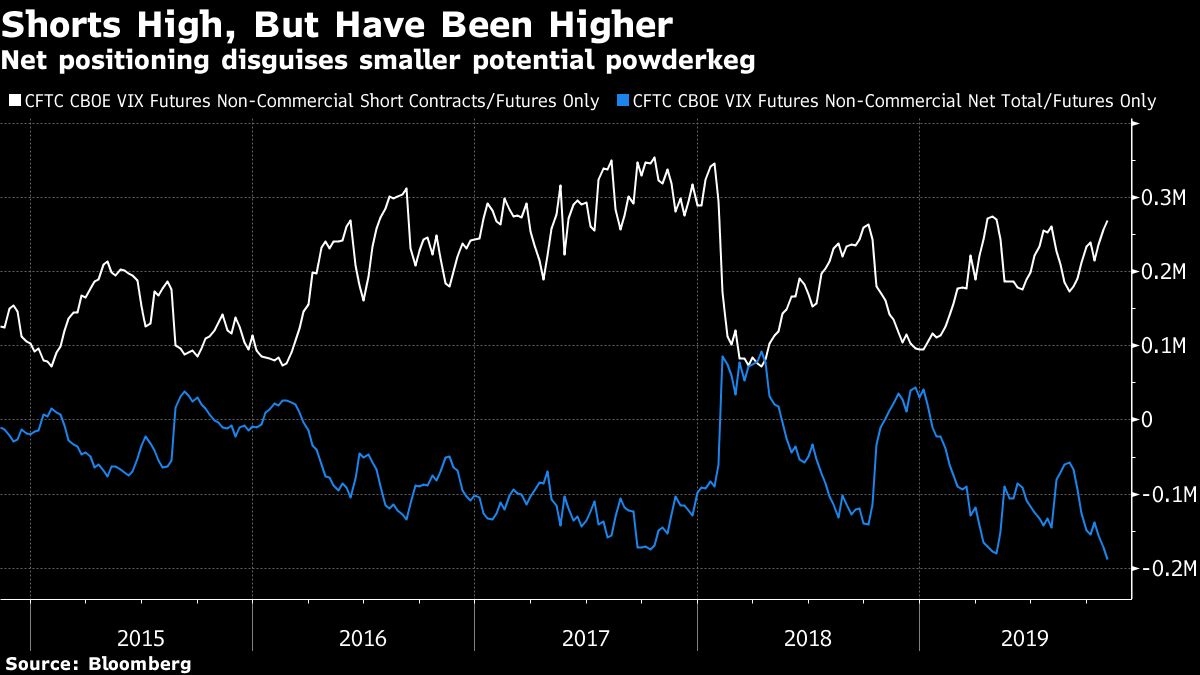 Pravit Chintawongvanich, equity derivatives strategist at Wells Fargo, added that the shape of the curve is often used as a guide for speculative positioning. The steep contango — which reflects higher uncertainty about the medium-term outlook for volatility relative to the near term — encourages increased exposure to a short-vol trade.

While the sheer size of shorts is elevated, it’s still below the 2019 peak and well off levels that prevailed before the Feb. 5 volatility explosion. This entails there’s less that would need to be covered in the event of a meaningful market tumult.

If there’s a reason for caution regarding S&P 500 options, it’s that they may be reflecting greed rather than complacency, according to analysts. One example is that a gauge of investors’ demand for options that offer protection against 10 per cent downside versus (90-110 one-month put-call skew) has crated since early October to near its lows of the year.