Canadian retail sales beat forecasts in June, keeping the economy on track for what’s anticipated to have been a strong second quarter of growth.

Receipts for the nation’s retailers were little changed in June, Statistics Canada reported on Friday. Economists were expecting a 0.3-per-cent decline.

Excluding sales at gasoline stations and car dealerships, retail sales climbed 1.7 per cent, the most since January 2017, aided by the Toronto Raptors’ playoff run.

In volume terms, sales were up 0.4 per cent in June, better than what has been typical of late and a stronger-than-expected end to the second quarter.

Friday’s retail report is the last bit of economic data for the second quarter, with GDP numbers due Aug. 30. The retail numbers are likely to reinforce expectations that second quarter GDP growth was near three per cent on an annualized basis, probably enough to keep the central bank on the sidelines for now.

“The decent finish to the quarter gives some momentum for Q3, a reason why we see the Bank of Canada delaying a rate cut for several more months,” Avery Shenfeld, chief economist at Canadian Imperial Bank of Commerce said in a note to investors. 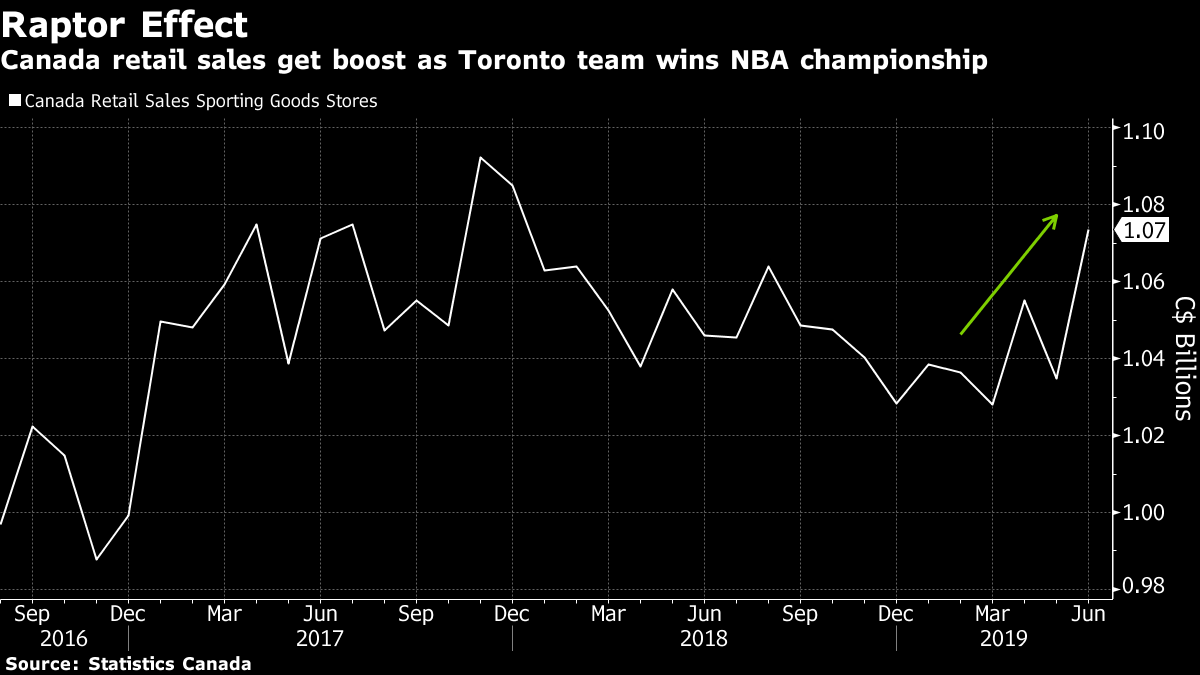 Even with the flat June results, Canada’s retail sector was able to eke out half decent gains in the second quarter with sales up 1.2 per cent in nominal terms and volumes up 0.1 per cent.

Canadian retailers have been in a bit of a slump for more than a year. Volume sales remain below records hit earlier last year. While the second quarter increase in volumes was small, it was the first gain since the third quarter of 2018.