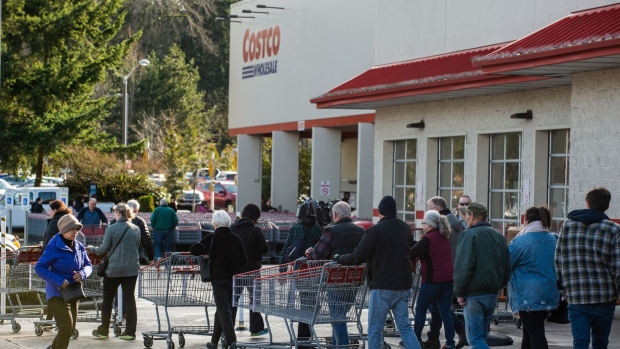 The chief executives of major U.S. retailers have been quick to voice concern about the safety of employees since the coronavirus struck. Four months into America’s battle with COVID-19, though, just a few national chains required customers to wear masks when this week began.

With more workers getting sick and dying as the pandemic escalates across the country, that’s swiftly changed. Costco was the only U.S. retailer among the 10 largest to have an official requirement, but Best Buy, Walmart and Kroger have joined in the past few days. Kohl’s and CVS have also joined in.

The moves came after Walmart Chief Executive Officer Doug McMillon said earlier in the week that the company followed local rules on mask requirements, which left about a third of its 5,350 U.S. stores without a policy.

“It’s on our minds,” McMillon said Monday. “We’ve done a lot of different things, like reduce our store hours for extra cleaning. We limit how many customers can come into a store. There are markings on the floor, showing how far it is to be separate from someone six feet.”

The push to require masks is “an important step,” said Marc Perrone, president of UFCW International, which represents 1.3 million workers in supermarkets and food processing plants. But he said enforcement of mask policies must be done “by trained professionals, not retail workers already stretched thin.” 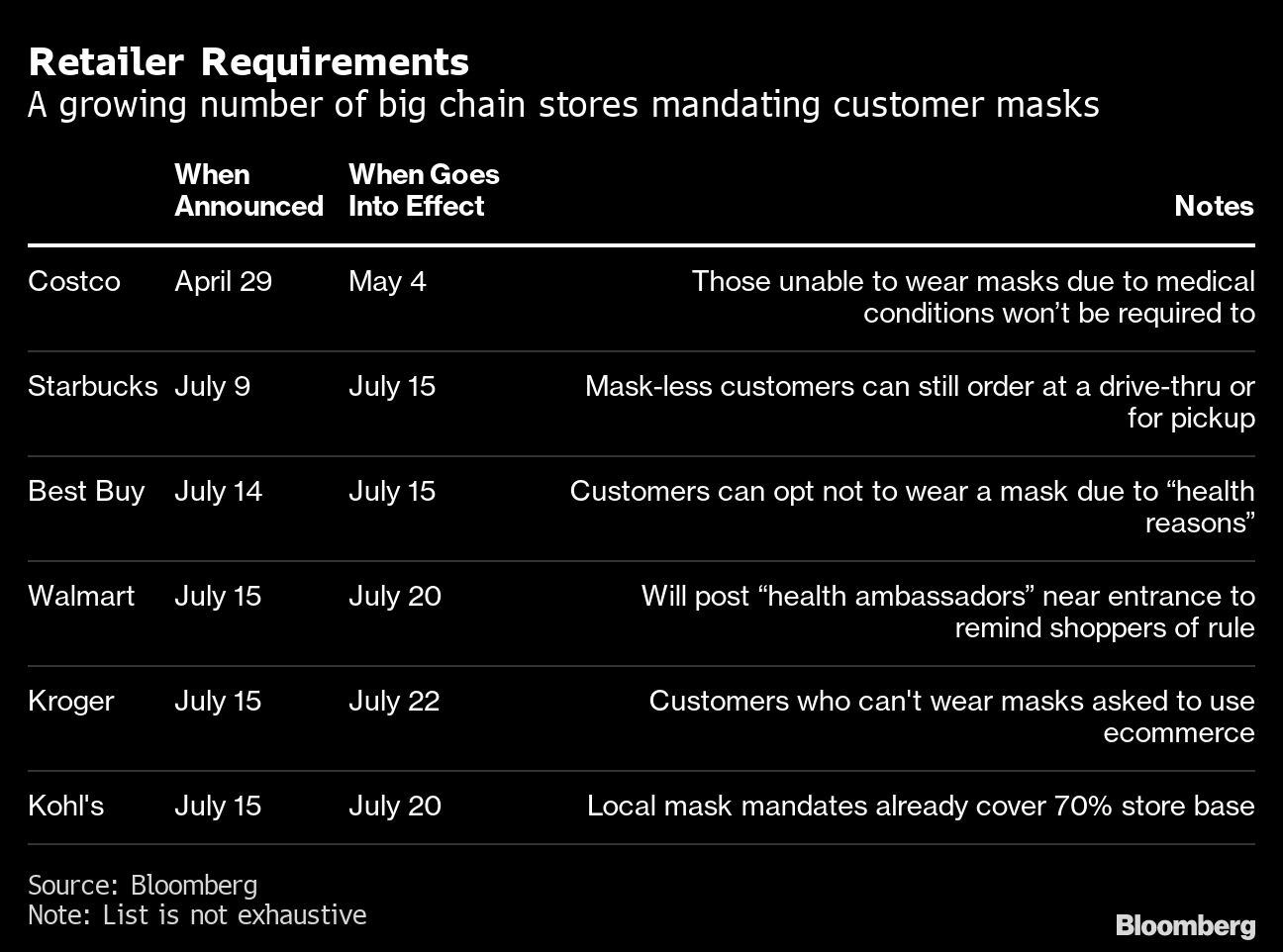 Most of the retail industry’s approach has been similar, and similarly ineffectual, labor unions and worker advocates say. Signs pop up asking customers to wear masks, but enforcement has been lax or non-existent. Many chains have justified the lighter touch for the sake of worker’s safety because they don’t want employees to get involved in situations that could turn violent.

“We haven’t required our associates to deny entry, because it’s simply too dangerous to put them in that position,” said Sara Gorman, a spokeswoman for Home Depot.

These companies do have a valid point, given that there have already been several incidents. At a Costco in Florida, a customer was recorded angrily yelling after being asked to don a mask. In Michigan, an unmasked customer stabbed an elderly man in a Quality Dairy store after he was refused service. A 7-Eleven shopper without a mask spit on the counter when she was refused service at a store in Texas.

This leaves the chains that have instituted policies in a difficult spot. Stronger enforcement could be volatile because mask-wearing has morphed from a public-health directive into a partisan issue. U.S. President Donald Trump refused to wear one, until recently. And conservative media pushed the narrative that the coverings are unnecessary and encroach on personal freedom, as part of a larger critique that the response to the virus is overblown.

Stricter enforcement of mask requirements will upset some customers but failing to do so could imperil more employees, thus creating greater risk of legal action by sickened workers.

Even before Wednesday’s announcement, Walmart created “health ambassador” positions to stand outside stores in states where mask-wearing is required and gently remind people to do so. There has been lots of chatter on online message boards frequented by Walmart workers about how difficult the job is, because customers will curse them out, or worse. If a shopper refuses to wear a mask, the store’s management has to decide whether to escalate.

“You’ll like this job, if you like getting insulted and threatened,” said one commenter on a Walmart employee Reddit page. “Frankly, I’m on edge whenever I’m standing out there telling people to please wear their masks.”

But Craig Johnson, president of Customer Growth Partners, has a team of about 20 researchers visiting stores around the country, and they’ve seen an increase in mask-wearing over the past month. A rough estimate is that adherence rose from 75% of shoppers wearing one to about 95 per cent.

Until Wednesday, Kohl’s hadn’t seen the need to issue a mask requirement. Like most of the retail industry, the chain had previously put in social-distancing measures, including increasing space and limiting customer traffic.

“We get associate feedback, customer feedback, and, to date, the feedback has been really positive,” CEO Michelle Gass said in an interview June 22. “So we have not seen the need to require customers to wear masks.”

Moves like Walmart’s will push additional chains to require masks and help normalize face coverings even more across retail, Johnson said. He sees them following a similar adoption pattern to social-distancing measures, like spacing tape, that are now a routine part of shopping.

“The mask thing has gone so mainstream that I don’t think it’s going to be that big of a deal,” Johnson said. “There will always be someone who has a heart attack over something, but we’re seeing more compliance.”