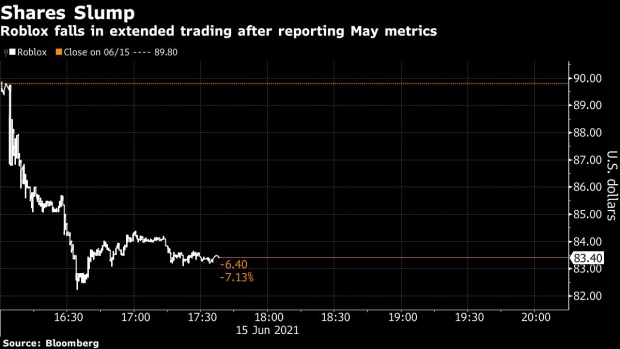 (Bloomberg) -- Roblox Corp. shares fall 7.1% in extended trading after the video-game company said May bookings declined from the previous month.

Truist Securities analyst Matthew Thornton said bookings look “softer than expected,” though he noted that the company has said that May metrics are typically down month over month, while June metrics are usually up.

Roblox shares gained 2.3% on Tuesday. The stock has doubled since the company’s initial public offering in March.