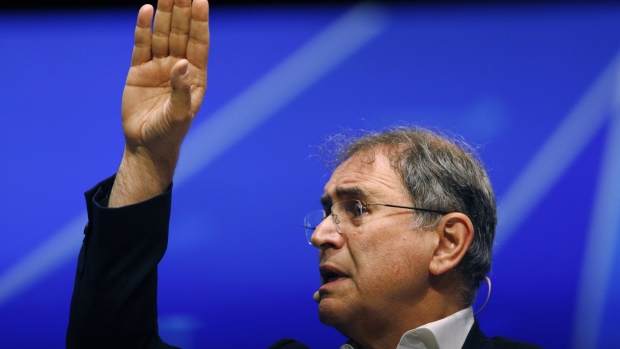 The global economy faces a risk of a slow recovery or even another slump along the way unless a vaccine is found, according to Nouriel Roubini.

Speaking on Bloomberg Television on Friday, Roubini predicted that the shape of the recovery, which some predicted to be V, “is becoming a U and the U could become a W if we don’t find a vaccine and don’t have enough stimulus.”

The chief executive of Roubini Macro Associates Inc. also highlighted that the Wall Street recovery doesn’t mean that the real economy is healing. “Main Street is struggling,” he said.

A recent resurgence of coronavirus cases across the world has hampered the recovery seen when lockdowns ended. High-frequency gauges monitored by Bloomberg Economics indicate that the rebound in economic activity has slowed across developed nations and even turned in some European countries.

Roubini, who famously warned in 2006 that the housing market in the U.S would soon collapse, highlighted that a fresh outbreak of COVID-19 in Europe could also mean another wave of unemployment. Still, European workers have much better policies protecting their jobs compared with the U.S., he said.

“The European system of greater social cohesion gives you better economic outcomes than the one of the United States that is just Wild West capitalism,” Roubini told Bloomberg’s Tom Keene and Francine Lacqua. “That’s why the unemployment rate barely went up in Germany or even in Italy, while in the U.S. we’ve had double-digit unemployment rate and actually even worse, considering underemployment and so on.”