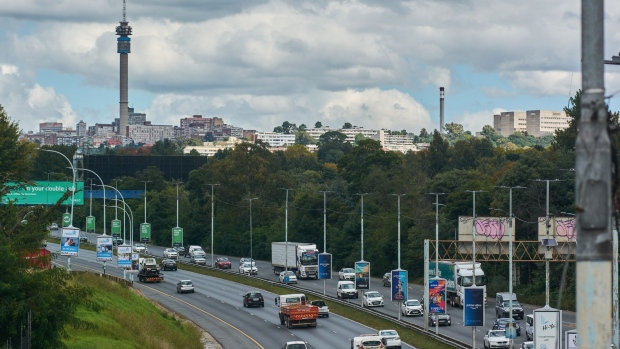 (Bloomberg) -- South Africa’s governing African National Congress in the Gauteng province, the nation’s economic hub, elected new leaders on Sunday who face the daunting task of shoring up the party’s flagging support ahead of 2024 elections.

Provincial minister of education Panyaza Lesufi was elected as the party’s regional chairman, securing 575 votes, while provincial minister of co-operative governance Lebogang Maile got 543. The province is expected to back President Cyril Ramaphosa for a second term as the ANC’s national leader at a conference in December and endorse Paul Mashatile, the party’s incumbent treasurer-general and its former chairman in Gauteng, as his No. 2.

Africa’s oldest political movement, the ANC has won every national election held in the continent’s most-industrialized economy outright since the end of white-minority rule in 1994 and controls eight of the nine provinces, with the Western Cape the exception. With public anger running high over a lack of basic services, rampant unemployment and poverty, the party’s control over parliament and Gauteng will both be at risk in the 2024 vote.

“Gauteng is too far gone,” Lukhanyo Vangqa, a political analyst, said. “I doubt there is any leader or anything that can reverse the decline of the ANC in that province. I think the leaders of the party and even at a national level are alive to that reality.”

Gauteng accounts for more than a third of South Africa’s gross domestic product. The party’s precarious hold on the region was evident in the 2019 elections, when it won just 50.2% support, and in last year’s municipal vote, when opposition coalitions secured control of Johannesburg, Tshwane and Ekurhuleni, the three main urban centers.

Having a hung provincial legislature may prove problematic, according to Vangqa.

“It is an indication of a maturing democracy but on the other hand people underestimate the amount of turbulence that South Africa’s democracy will go through,” he said. “As a country we have not yet been able to master this animal of coalition governments, so we are likely to experience 10 to 15 years of some level of instability in those governments.”