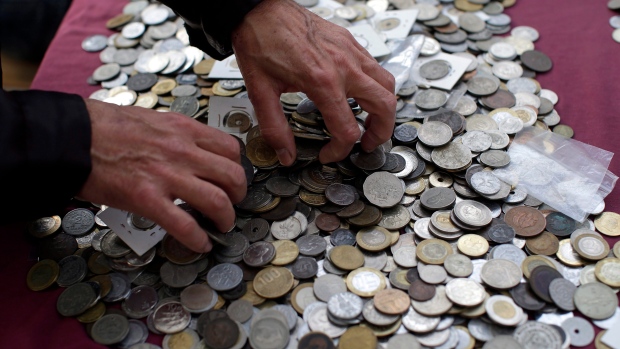 TORONTO - Canadians who rooted around dusty basements or tackled overflowing closets during the pandemic are keeping vintage stores, auction houses and resale websites busy as they try to get rid of their finds.

“We've had a lot more inquiries from people because they're at home, they're looking around at what they can get rid of,” said Liz Edwards, a client experience manager for appraisals and consignments at Waddington's.

“Everybody was doing a lot of spring cleaning.”

Getting top dollar for items people want to part with can take time and effort, but Edwards and others say it's worth the trouble.

A 2019 report from online classifieds company Kijiji says Canadians selling second-hand goods made an average $961 per year over the five years before the study and those buying used items saved an average $723 annually.

A 2021 report from Kijiji also found 18 per cent of Canadians sold more items through the second-hand economy since the pandemic's start than they would have before the crisis.

Cindy Chau, who sells vintage goods through her â†•finderskeepers.to Instagram account, said people are often surprised by the value items can have.

“My mother-in-law started to go thrifting with me and she found all these different things that she had in her cupboard and didn't know were worth a lot,” said Chau.

Chau recommends researching because “you never know how much your product is worth or the history that could be behind it.”

Even Pyrex dishes, she said, have value if they were made with rare or discontinued hues or detailing, which can be determined by checking the serial number.

Once you've determined it's worth it to resell an item, consider the best place to advertise it.

If you don't want to put in the effort that online platforms require, consider an auction house, said Jodi Lai, who sells housewares through her â†•moonshinevintageto Instagram account.

“It does come at a cost, but I think in the end, you'll still make a lot more than what you put into it,” she said.

While most auction houses won't handle low-value items because they focus primarily on art, fine jewelry and wines, Edwards said they can be a big help because they do all the research, appraising, photographing and marketing for clients.

“We also have that network of connections and personal relationships that we've worked with for many years to bring things to collectors' attention,” she said.

If you have a lower value item or handle the sale yourself, Lai recommends cleaning the item as best as you can and being as up front as possible about damage or defects.

Chau suggests not breaking up sets because it could make selling a lone glass or lamp tougher.

To get the most money online, eBay Canada general manager Robert Bigler recommends making posts as clear and descriptive as possible and including the condition, size and quality of items.

Crisp photos taken from several angles and with good lighting make “all the difference” as do images with neutral backgrounds and little clutter, he said in an email.

Lai photographs her wares alongside another object, such as a soda can, so people have an idea of how big or small the product is.

When pricing items, Bigler suggests searching other listings to see what people got or are asking for the same or similar items.

He also recommends packing items for shipping and weighing and measuring them to build the cost of sending it to the buyer into the price.

“Sunday evenings are the most optimal time to post, as you will get the maximum engagement with your item,” he said.

If you're going to ship the product, Lai and Chau recommend adding that to the price in advance or noting the extra fee in your post.

They both accept e-transfers from their buyers because they say most people don't carry cash or are leery of handling it during the pandemic.

However, Canadian police forces have reported several cases where buyers never sent e-transfers for items already picked up or shipped, and other situations where someone accepted an e-transfer payment and handed over an item only for the payment to be reversed days later.

Many police forces also advise people to make their exchange in a public place and some even welcome the public into their lobbies or parking lots to safely make trades.