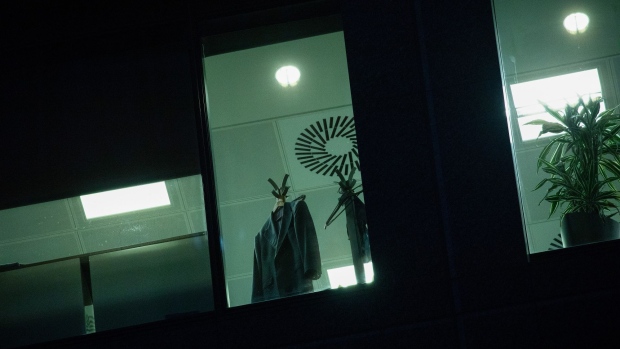 A suit jacket hangs inside an office building in the Canary Wharf business, financial and shopping district of London, U.K., on Monday, Sept. 14, 2020. Londoners are steadily increasing their use of public transport after schools reopened, freeing parents to go back to the workplace. Photographer: Simon Dawson/Bloomberg , Bloomberg

Prosecutors in Cologne want Duet Group’s Vijaya Sankar as part of a probe relating to Cum-Ex trading, his lawyer, Syed Rahman, said by email. Sankar will argue in a London court Friday that Brexit should stop his extradition.

The 44-year-old’s hearing comes just a day after Guenther Klar, who had worked for Sanjay Shah’s Solo Capital, lost his fight against extradition to Belgium. Prosecutors in Belgium, Denmark and Germany want to question London financial professionals over allegations that investors illegally made billions by rapidly trading shares to obtain multiple refunds on dividend taxes paid only once.

“The hearing is a result of the Office of Public Prosecution, in Cologne, seeking the extradition to Germany of Vijaya Sankar to face allegations of tax fraud relating to Cum-Ex,” Rahman said in his email.

While most of the targets of the tax probes have been traders or lawyers, Sankar works in the operations department at Duet.

Sankar hasn’t been charged with a crime. He was arrested under a European Arrest Warrant at his home in June and has been on bail after posting a 50,000 pound ($68,000) security with the court.

On Friday, Sankar will use his hearing to challenge the validity of his EAW now that the Brexit transition period has ended.

His lawyers will argue that because the U.K. hasn’t been a part of the EAW program since the Brexit transition period ended Jan. 1, there is no longer any power to extradite anyone under the 2003 Extradition Act.

There are four other people facing extradition, in cases unrelated to Cum-Ex, who are making similar applications on Friday, Rahman said.

While he expects prosecutors to say that if a warrant was issued before the end of the transition period it can still be executed, Rahman says this “is contrary to the spirit and terms of how Brexit was dealt with.”

Sankar worked at Duet Asset Management Ltd. between 2009 and 2019, according to the U.K.’s Financial Conduct Authority register. Rahman said that his client still works at Duet.

Duet, based in London, is a multi-strategy investment firm that has managed billions of dollars across real estate, hedge funds and private equity.

Duet and the U.K.’s Crown Prosecution Service didn’t respond to requests for comment.

Cologne prosecutors are leading the largest German investigation into Cum-Ex, targeting numerous financial institutions, and have a list of as many as 1,000 suspects from across the finance industry.

The investigators got their first court victory last year when two former bankers were convicted in the scandal. Cologne prosecutors declined to comment on Sankar’s case.

A hearing in Sankar’s extradition case was due to take place later this month at Westminster Magistrates Court, but his lawyers have asked for it to be adjourned until the higher court gives its ruling.

He can also appeal any ruling against him, just as Klar’s lawyers said they will.

German prosecutors escalated their probe into Duet’s alleged role in Cum-Ex trading over the summer when they sought the extradition of Henry Gabay, the firm’s founder and owner. Gabay was apprehended in the Toulon airport in July.

Duet said in July that all the warrants out for Gabay were dropped after a short procedural hearing in Germany, and he was released. The Duet boss has repeatedly denied any wrongdoing.