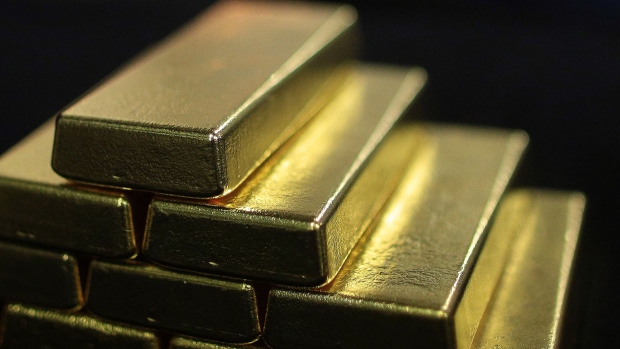 (Bloomberg) -- Serbia plans to boost its gold reserves from an already record-high 37 tons to prepare for challenges such as the energy crisis rattling Europe, President Aleksandar Vucic said.

The National Bank of Serbia may buy gold at the “most favorable prices” from the local units of China-based Zijin Mining Group, Vucic said at the opening of the company’s new Cukaru Peki high-grade copper and gold mine.

Central bank Governor Jorgovanka Tabakovic, a close ally of Vucic who also attended the event, said in August that reserves may reach 50 tons in 2022.

“We have to continue buying gold to strengthen our reserves to better confront the risks for our country,” Vucic said Friday. “Who could’ve expected such an energy crisis and all the problems in all of Europe?”

Zijin acquired top Serbian miner RTB Bor in 2018, pledging to invest $1.9 billion over six years in a complex that comprises open pits, a smelter and the new underground mine. The venture unfolded as Serbia deepened its ties with China despite concern from the European Union, which the Balkan state is trying to join.

Vucic said he had been “losing sleep” due to worry about the energy crisis in Europe. Earlier this month, he said Serbia could curb or ban electricity exports to protect its own consumers and avoid outages.