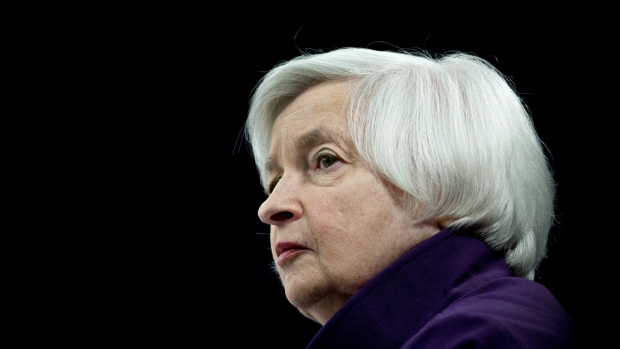 Traders intensely familiar with the former Federal Reserve chair cheered the pick in anticipation of her working well with the central bank to help the economy bounce back from the pandemic. Just last month, Yellen said the U.S. needs to “continue extraordinary fiscal support.” The pick also put an end to Wall Street’s fretting over Senator Elizabeth Warren, who has vowed to clip big banks with tighter financial regulations.

The S&P 500 popped higher on the news before ending the day roughly where it had been, up by 0.6 per cent.

Yellen is supremely qualified. She believes it is essential to continue fiscal as well as monetary support for the economy and will likely seek to leverage her credibility with Congress over time to promote more fiscal support including for the unemployed and for state and local governments. Though she will be careful ahead of confirmation and is not someone who has much experience of political deal-making.

The markets love this appointment because being the former Federal Reserve chair, there’s no surprises about her thinking. It’s very reassuring that Biden’s got an eye towards the markets and the economy. It’s a very, very safe bet, especially considering the markets were considering Elizabeth Warren, which I think would have been viewed as she has obviously a different position about Wall Street. It’s exciting she’ll be the first woman in that role as well.

Definitely a great choice. Even though Yellen had been mentioned as a top choice for Treasury, her actual appointment puts a whole of worries behind the market. There’s this audible sigh of relief given Yellen’s record of firm hand and quiet competence. Most relieved would be the banks, given her focus on easy policy and her familiarity with the chiefs at the major banks during her prior role as the Fed chief.”

One thing is for sure and that is there is unlikely to be as many Fed-Treasury spats and not only because Janet Yellen is no pushover. Very different skill sets involved here crossing over from the head of the Federal Reserve where the Treasury secretary is more political. I cannot think of someone who is better fit to run the U.S. Treasury. I can’t wait to finally hear what she thinks should be down with tax and spend policies in the new administration. There is no one more qualified.

She clearly has a long history on her stance on monetary policy, but fiscal policy especially, at these extraordinary times, requires not just technical knowledge but also negotiation skills and working closely with lawmakers. One thing she clearly brings to the table is a close working relationship with the Fed, and the close ties been monetary and fiscal policy and its impact on the economy.